I attended the inaugural IBM Smarter industries Symposium recently and the major talking point that emerged from it was Innovation.

The event was a nice mix of presentations by IBMers, customers and “breakout exchanges” with a healthy mix of both.

Almost all of the speakers talked about the increasing complexity of doing business today. Frank Kern, for example, mentioned that 79% of CEO’s expect high level of complexity in the next 5 years but only 49% say their companies are prepared for it! Interestingly, 60% of those say that what is needed to combat complexity is creativity!

Ginni Rometty talked up the need for businesses to become smarter and provided a three-step roadmap for them to become so. The steps consisted of

Basically, Ginni is saying that organisations need to digitise all aspects of their business, integrate the data streams from this instrumentation to take advantage of it and then use things like predictive analytics to transform from being reactive to being proactive. Predictive analytics are already being used by the New York police department, Frank Kern reminded us, to predict where the bad guys will go after they commit crime!

Ginni used the example of the Singapore Land Transport Authority’s bus arrival predictor (98% accurate to within a minute up to an hour ahead of time). This was deployed around the same time as congestion charges to encourage people to use public transport. Not only can you quickly see up to an hour ahead of time when buses are due, but the system can also give you an idea of seat availability – how’s that for predictive analytics?

Organisationally, the rollout of analytics is transformative. It leads to smarter decisions – ones based on data, not the HIPPO principle (HIPPO = Highest Paid Person’s Opinion!).

In the Capitalizing on Complexity session there were speakers from 1800-Flowers and Texas utility Oncor – two very diverse businesses, I think you’ll agree. Chris McCann of 1-800Flowers said when they realised that their business is not about delivering flowers, but delivering smiles, they quickly expanded the range of smile-giving products they deliver! He said their future is a combination of social media and commerce – a mix he referred to as social commerce.

Because Gen Y doesn’t make purchasing decisions before checking with their network, it is now more important than ever to ensure your brand is well thought-of online. As a result, 1-800Flowers makes extensive use of social media to handle customer complaints, to get customers to tell their stories online and to create “brand apostles” to help 1-800Flowers engage in the conversation without being overbearing.

Mark Carpenter, Oncor’s CTO, was really interesting. Oncor have 3.1 million customers and obviously, Oncor know that their customer base varies enormously. Some customers don’t want to talk to anyone, they want to control everything from their iPhone! Others want to pick up the phone, and not just talk to a person, but talk to a Texan! So Oncor handles all of these requirements, giving the customer what they want – they have kept their call centers in Texas and they are now able to communicate with their customers, from their call centers via social media, if that is the customer’s preference. Hello @oncor, good job on your FaceBook page!

Other things which helped cement the Innovation theme at the Smarter industries Symposium were the story of IBM’s taking on Jeopardy with their Question Answering system, code-named Watson; Mike Rhodin’s talk on use of social media analytics both externally facing to provide better customer service and internally-facing to track employee satisfaction; and all of Chair of the Institute for Large Scale Innovation, John Kao‘s keynote! 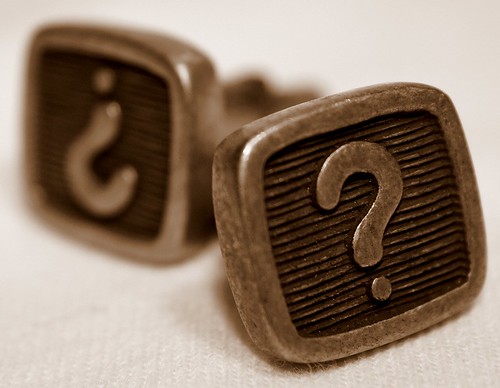 We have started a podcast series here on GreenMonk. As part of the process, when I can, I will be posting ahead of time who I will be interviewing. This will give readers an opportunity to have me put questions on their behalf during the podcast.

The first such interview will take place next Wed, August 13th and the interviewee will be IBM’s Vik Chandra. According to IBM Vik

We will be discussing ways in which IBM software can be used by companies to reduce their carbon footprint.

If you have any questions/suggestions you’d like me to put to Vik in the podcast, please leave them in a comment to this post or email them to [email protected] before Wed August 13th at 2pm GMT.