Yesterday I got an update from an ERP company called Epicor that primarily serves the mid-market. While I am not an ERP specialist its always interesting, as a middleware guy, to get a view from the app side. Greenmonk for obvious reasons also takes a keener view than the RedMonk mothership in applications in areas such as carbon accounting, energy and utility management.

Epicor seems to be doing quite well in the down economy, but I was most interested when Adam Prince, senior Director of Product Marketing started talking to Epicor’s Green Retail strategy. While any number of IT vendors are now all over the sustainability opportunity in their marketing and product management very few have joined the dots around explicit vertical industry opportunities. That said, here is a white paper from IBM and Intel on sustainable retail ops.

One of our clients, StreamServe, pitches paper reduction to utilities. Given how much paper utilities create this is a compelling vertical-focused story.

But Epicor introduced another interesting idea to me. Reducing carbon footprint by changing the font on Retail point of sale (POS) terminals. Seriously. Less ink and less printing means less power. Some might say the savings would be too small to measure, but actually in cash terms the efficiencies add up pretty fast. Epicor’s advisory and tech works with IBM and NCR POS gear.

Epicor Green Retail is a services-led approach: consultants and business analysts come in to review the business’s energy consumption, review current systems configurations, and make suggestions about mechanisms to reduce the energy footprint of stores.

While changing fonts is only part of the opportunity around POS, the overall numbers appear compelling.

According to Lynne Davidson, vice president, Services and Support for Epicor Retail:

“Based on calculations from the U.S. Department of Energy, retailers can achieve 500-600 kWh or an average of $70 of power savings per register/device per year. If applied to 500 registers, in three years this could translate to roughly $101,000 in savings, a reduction in CO2 emissions by 60 tons and, from an environmental standpoint, is equivalent to planting 125 acres of trees.”

Another thing to think about then – small changes do add up. Some sustainability initiatives may involve whole new supply chains – others are as simple as changing a font. Oh yeah- the retailer will save some money on ink too. 😉

photo courtesy of NCR.com. I would have used an IBM image, but they. are. so. miserable. Hey IBM Retail marketing people POS doesn’t have to be monochrome! 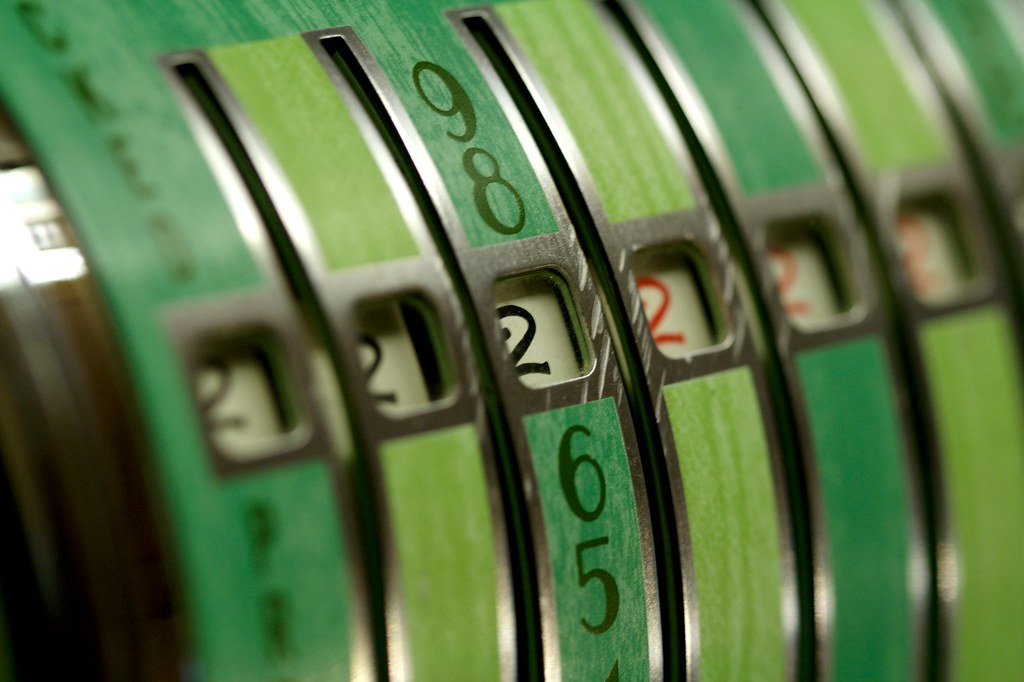 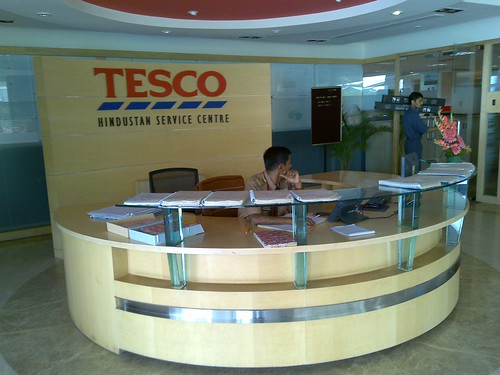 A couple of major contract wins caught me eye, or ear this week – one by CA and one by Logica. Job one in moving to a lower carbon economy is working out what our current exposure is. Before we can model business processes in order to rethink their carbondynamics we need to do some basic counting.

Monday I went along to the launch of CA’s ecoSoftware product line and the announcement of a major customer-Tesco. I was interested to find out more because CA’s competence is primarily in managing IT infrastructure, but it obviously plans to break out into broader eco asset management, aggregating information from central heating and building management systems and so on.

Its important to note that CA and Tesco are starting small – with data center assets. But the scope of the project goes much much further. Its worth quoting from the press release (no, really!) to get a sense for the scale of the ambition.

With 468,000 Tesco employees working at more than 4,000 locations across 14 countries, the task of accounting for carbon emissions is time-consuming and complex. Tesco has implemented CA ecoSoftware to help increase the efficiency, speed, and accuracy of its carbon accounting process, enabling the company to more effectively track progress in pursuit of its ambitious carbon reduction goals.

“When we announced our plan two years ago to reduce our carbon footprint by 50% across all of our global operations, we knew we were taking on a big task,” said Mike Yorwerth, IT director of Tesco plc. “Since that time a number of people across the business have been involved in measuring, documenting and reporting on our emissions — a time-consuming, largely manual task. We’re also overseeing hundreds of projects around the world designed to reduce our carbon footprint, all of which need to be prioritized and measured. With CA ecoSoftware, we expect to streamline the process of data management, helping to reduce errors and operational expenses, and improve our ability to communicate major milestones.”

Based on ambitious targets announced in 2007 using 2006 as a baseline, Tesco plans to halve emissions from existing buildings by 2020; halve distribution emissions of each case of goods delivered by 2012; and halve emissions from new stores by 2020. The company has already halved its energy use per square foot in its UK stores and is diverting 100 percent of waste from its UK business away from landfill, achieving this target almost a year ahead of schedule.

Tesco’s goals are tremendously ambitious, especially considering that the firm has been using spreadsheets for carbon accounting until this point. But so should they be. Tesco will start by working with CA around data center power consumption, but then move onto building estate and business process issues. It will be exciting to watch this partnership evolve. Tesco’s targets are not just internal – its also investing in CA ecoSoftware in order to improve reporting to the Carbon Reduction Commitment.

Another big big win came last week with the announcement the MoD is to work with Logica to get a detailed handle on all energy consumption data at major Defence sites across the UK. Logica is a UK software and services company that is doing some really interesting work in sustainability -for example with its smart grid play. Unlike many other players entering the carbon accounting and management space Logica is a services company first, and software builder second. Any major carbon reduction program is going to require a consulting and services element, so this is all to the good. Logica’s SIRA sustainability reporting tool will capture real-time data from the energy smart meters being installed in buildings across UK Defence sites.

Its great to see these huge organisations working on carbon reduction. Big wins add up nicely.

If you don’t know about CRC it is important to establish a strategy now. The 5000 biggest users of energy in the UK will all have to report to the government on reduction efforts, as well as being put on a public league table… The green perception game is going to get some sharp teeth with CRC. Unfortunately only 41% of firms have heard of it.

neither Logica nor CA are clients. 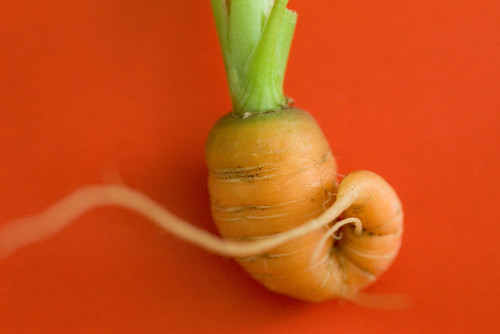 Its been an exceedingly good couple of weeks for HP in terms of its sustainability reputation. First,  Newsweek named HP the greenest company in America, and now Greenpeace has removed the penalty point against HP in its latest guide to greener electronics.

What has most impressed me about Greenpeace in this instance though is its attention to detail. You see, a couple of months ago I reported on Greenpeace’s use of the big stick about HP’s performance with respect to using PVC (Polyvinyl Chloride, or vinyl plastic) and brominated flame retardants (BFRs) in its PCs.

I was therefore hugely impressed when Tom Dowdall of Greenpeace International contacted me this morning to point out that HP has improved its ranking by taking these chemicals out of its newest machine.

Its easy to bash, but being constructive is a lot harder. Greenpeace seems to have this balance just about it right at the moment. So its well done Tom, well done Greenpeace, and of course well done HP.