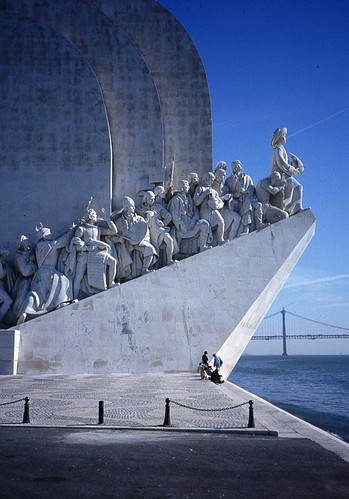 I love Lisbon. Its a fantastic city. I love Portugal. Great country. But the more I think about it the more absurd it seems that IBM flew a bunch of analysts and staff there for a conference last week, particularly given that one of the key themes of event was economic greening.

The simple fact is that the great majority of people attending were from London.  The industry analyst business in Europe is not particularly geographically distributed. I don’t believe there was a single Portuguese analyst at the show. Most of the IBMers were based in London too.

I think one idea behind holding such events in various far-flung venues is to “share the love”, not favouring one geography over another. Another reason is just the loveliness of the place.

I appreciate that the analyst business is fairly unusual but many industries do travel a lot. But couldnt’ we do things closer to home? Pareto distributions are likely to indicate the best place to hold an event.

Not only would running last week’s event in London have been far less carbon intensive, but it would also have been far less impactful on our productivity and home life. Missing half days of work on either side of a journey is hardly ideal. Even worse, as far as I am concerned, is missing my family. I got home at 11:45pm, having eaten nothing but a pretty nasty British Airways sandwich, and my wife was already in bed. I don’t know about you but its nice to actually get some decompression time.

No rest for the wicked. This morning I just got back on a redeye from New York. The situation in this case was somewhat different. IBM held its US event in Stamford, Connecticut,which is in easy driving distance of most of IBM’s senior executives. What is more it is the home of the biggest and most successful analyst firm in the world- Gartner Group.

I must admit that last year I was slightly put out by the fact “we were all travelling to Gartner”. It just seemed a bit off that all of the other analyst firms, including RedMonk, had to go into Gartner territory. Today I hope I am looking at the situation in a more mature fashion. I hope fewer Gartner people had to travel either, saving more carbon miles.

So what is my call to action? Hold events where the people are. London may be more expensive than other cities, but its where most of the people in my business at least live and work. if you’re organising a conference find somewhere close to home. Don’t travel unneccessarily. You might even consider using a tool like dopplr so that you know where your co-workers are going to be at any given time,so you can reduce travel accordingly. I met a guy from IBM yesterday who was doing exactly that.

And perhaps we will all have better home lives, as well as doing our bit for our carbon footprint. It makes sense to me. What about you?

picture of the Statue of the Discoveries, Lisbon, courtesy of Welland.