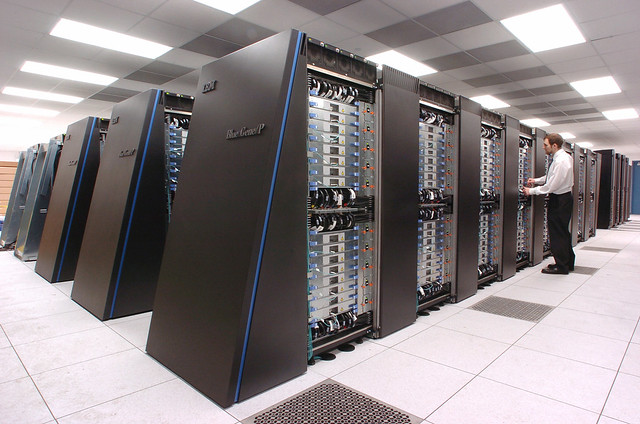 Supercomputers are particularly fast computers (often made up of thousands of “off the shelf” computers) typically used for highly calculation-intensive tasks such as climate research, molecular modelling, research into nuclear fusion, etc.

The Green 500 is a ranking of the most energy efficient supercomputers measured in Floating Point Operations per second/Watt (MFLOP/Watt). In the latest Supercomputing Green 500 List, a Q prototype of IBM’s next Blue Gene supercomputer came in at 1st place on the list.

What is most striking though is the margin by which the IBM solution took the first place. While many of the systems in the top 20 placings were achieving a respectable 400-600 MFLOPS/Watt and the 2nd placed HP solution came in at 958.35 MFLOPS/Watt. The winning IBM supercomputer however, attained a massive 1684.20 MFLOPS/Watt!

This is significant because larger computer clusters consume substantial amounts of electricity, both to power the cpu’s and also to cool the heat they generate. Efficiency gains in supercomputers mean lots of savings in the amount of energy (and therefore money) needed to run them.

What is most impressive, though is that since the Green lists started back in 2007, IBM CPU’s have topped every list! Kudos to them.