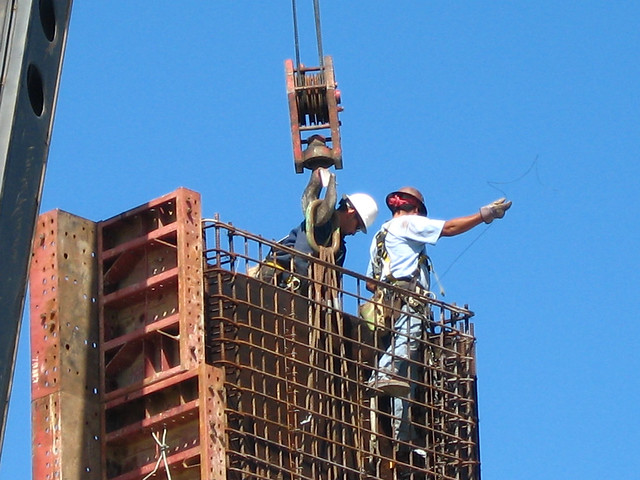 I had one of the most interesting calls of my RedMonk career last week. It was with Steve Lewis, CEO and co-founder of Living PlanIT (ignore the fact that they are using SilverLight on their homepage – that is prob because of Steve’s Microsoft background).

Living PlanIT are just coming out of stealth and have developed significant IP around sustainable urbanisation. To whit, as Steve explained to me on the call, up until now the construction industry was one of the final hold-outs in the technology revolution. There was very little by way of joined-up processes and consequently massive amounts of waste. Living PlanIT have created a new way of approaching construction projects which is technology led and will vastly reduce construction costs and footprints.

They have signed a letter of Intent with Cisco to work together to build a city in Paredes in northern Portugal on a 17 sq km site which house 225,000 people and will showcase, not just the company’s construction nous but also the city will be a sustainability showcase.

Cisco, as part of the agreement have committed to developing a global innovation center for sensor networks within the new city. They will also integrate tens of millions of sensors with Cisco’s network and computing platforms and integrate to demonstrate Cisco’s Smart+Connected Communities technologies and solutions at urban scale. This will be the ultimate test lab to develop technologies which can be quickly and easily deployed in other urban sustainability projects.

The city itself will run off renewable power and will generate 150% of its electricity needs. It will be importing waste from the surrounding towns and cities. The houses in the city will use 50-60% less electricity than comparable houses and 80% less water!

I asked Steve how they will achieve these kinds of savings and he told me they would be using a sensor network throughout the city – creating what he called an urban operating system. This is analogous, as Robert Eccles said, to a nervous system, which will make the city aware and able to respond quickly to events, minimising waste.

As an example, Steve mentioned that on average we waste 11 litres of water per day waiting for the shower to come to the right temperature. In the PlanIT Valley project in Portugal, water from the shower will only be delivered when it is the correct temperature, thereby in one swoop, saving 11 litres per person!

Renewables, storage (using ice, for example) and waste to energy will be used throughout so that the city will be importing waste from surrounding municipalities and exporting amino acid by-products for the pharmaceutical and food industries.

If they stopped right there Living PlanIT would be doing quite well.

However, with Steve’s background in the software industry, he wants to make this a platform! The idea being that Living PlanIT licenses its technology to other companies to quickly crank out new construction based on these principles.

Indeed, according to Steve, they already have inquiries for the development of another 30 cities and 16 other re-fits (including a recently announced agreement with Las Vegas)!

With projected population growth of 2-3bn, the world has to deliver between 9,500 and 10,000 new cities over the next 40 years to house everyone, so the scale of the opportunity is significant, to say the least. And, frankly, if these new cities are not developed sustainably, we are all in trouble!

Living PlanIT is no small project but if Steve and the guys can pull this off, it could change how the cities of tomorrow work. For good.