Autodesk UK recently moved offices to a facility in Farnborough. In their previous offices, they had occupied several floors, so they set out to find offices where all their staff could be on the same floor, and yet have plenty off access to light. Also, they wanted to drastically reduce their footprint, so they to great care to make the office as green as possible (given that it was a retrofit, not a new build) and they have applied for LEED Gold certification for the office.

I visited with Autodesk in Farnborough last week and I was extremely impressed with the steps they have taken, as well as with the pride Autodesk rightfully show for the ongoing benefits of this project.

Some of the highlights:
The construction
94% construction waste recycled/ diverted from landfill
All energy/water consumption measured and monitored on site
The site was registered with the Considerate Constructors Scheme and achieved a score of 34 (85%) 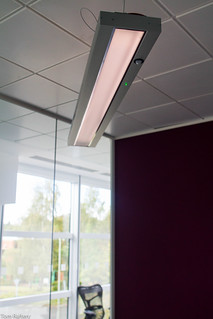 Office
Secure bicycle racks, lockers, shower and changing facilities are provided for cyclists
10% of parking spaces are allocated to car sharers
Water consumption has been reduced by at least 20% through the installation of water efficient taps, shower fittings, WC’s and urinals.
Occupancy sensors have been installed on the lights for more than 90% of the lighting load and daylight controls on more than 50% – meaning that lights are not left on or are lighting areas unnecessarily.
Air conditioning equipment has been zoned in order to provide control to suit requirements for solar exposure and ensuring employee comfort
Recycling facilities have been built into the layout to ensure recycling wherever possible
All new electrical appliances are Energy Star rated
Desks have been located to try and maximise natural daylight and external views

The company also has a 6 seater TelePresence suite to reduce the amount of business travel it’s employees need to do. And Autodesk facilitates employees who wish to work from home – so much so that around 50% of their staff take advantage of this – reducing Autodesk’s property footprint, and the number of commute miles its workers undertake.

Autodesk’s Singapore office was awarded LEED Platinum certification earlier this year – with any luck when I’m in Singapore in November I’ll get a chance to check it out!

Full disclosure – Autodesk is not a GreenMonk client and the trip to visit AutoDesk’s Farnborough facilities was undertaken entirely at GreenMonk’s expense. 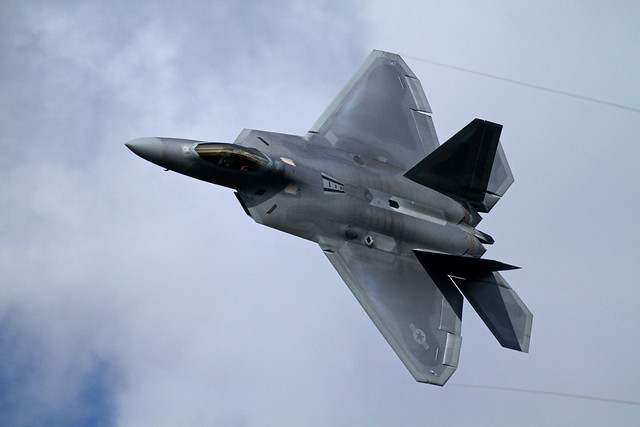 LEED (short for Leadership in Energy and Environmental Design) is a building rating system, developed by the U.S. Green Building Council (USGBC), that provides a suite of standards for environmentally sustainable construction.

In 2006 Adobe’s HQ in San Jose became the world’s first commercial enterprise to achieve a total of three Platinum certifications under the LEED program – a hugely impressive achievement.

I was lucky enough to be given a tour of the facility when I was there recently – some notable stats – in working towards LEED certification Adobe:
– reduced electricity use by 35%
– natural gas by 41%
– domestic water use by 22%
– irrigation water use by 76%

Also, Adobe is now recycling or composting up to 95% of solid waste.

One of the great things about the LEED certification is that it has an ongoing re-certification element (Adobe has chosen to be audited every 3 years) and there is a constant process of improvement. 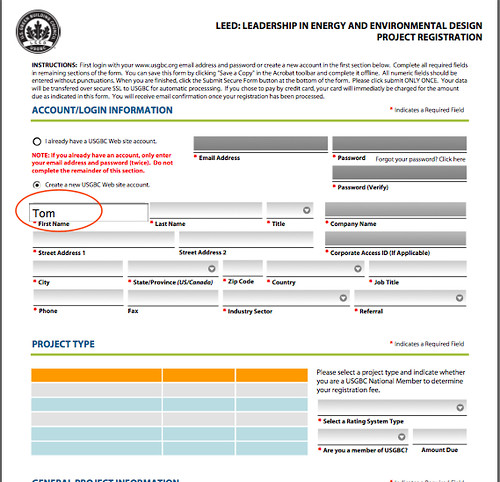 Speaking of LEED certified buildings, I found a great site yesterday which outlines how the LEED certification process has been streamlined using Adobe software.

On their site carahsoft link to a whitepaper (pdf warning!) which goes into detail on how the Adobe Livecycle software made the LEED certification process vastly more efficient.

Traditionally, applying for LEED certification has been time-consuming and paper-intensive. For example, a manager seeking certification for a new or existing structure would have to complete a complex spreadsheet with up to 69 tabs and submit thousands of pages of supporting documentation for various building components, such as heating systems, landscaping, and interior finishes. After receiving an application, USGBC copied the materials to share across a review team made up of staff and third-party experts. The entire process—from the initial submittal of materials to achieving LEED certification—could take years.

Because of the perceived difficulty in achieving certification, many organizations did not apply. To address the problem and streamline its internal operations, USGBC adopted Adobe LiveCycle server software….

After applicants have completed the Adobe PDF forms, they can attach supporting documentation—such as landscaping plans, details about construction materials and interior finishes, and other information—to the application as Adobe PDF files or in native file formats from programs such as AutoCAD®, Pro/E, and Microsoft Office. All the materials are uploaded to USGBC’s online workspace, LEED Online….

Because USGBC linked the submitted Adobe PDF forms with SAP, data is automatically captured in SAP as application forms are received, eliminating the need for USGBC staff to manually key application data into back-end systems. The enhanced process helps reduce costs and improve the accuracy of data, and it also makes it easier for USGBC to track and report green-building trends….

while, Joseph Diianni, director of technology for USGBC said:

Best of all, we believe the new solution will encourage even more organizations to seek LEED certification

So Adobe not only is the world’s first commercial enterprise to achieve a total of three Platinum certifications under the LEED program, but its software now makes it easier for others to be certified too?