Just before Christmas I had a chat with Ford’s head of battery electric vehicle applications, Greg Frenette. We discussed how Ford has been working with utilities and industry organisations to ready its electric vehicles for deep integration into smart grids.

It was fascinating for me to see just how far Ford have proceeded with their thinking on this.

Here’s the transcript of our conversation.

Greg Frenette: Oh! Sure, we’ve been working on electric vehicles for over 20 years, in our research organization primarily. And when I say electric, I talk about not only battery electric, but fuel cell electric vehicles. But it was in 2007 when we decided to explore a demonstration fleet of plug-in vehicles, plug-in hybrids that we started thinking very seriously about the integration of those vehicles with the grid and in July 2007 announced a partnership with Southern California Edison, which has since grown to a partnership with about 12 different utilities and industry organizations.

Tom Raftery: What is the basis of that partnership, I mean Southern Cal Edison is a utility company, is it that you are test bedding your electric vehicles to see how they fit in with smart grids or what’s the basis of the partnership?

Greg Frenette: That’s exactly it. We’ve got some very high-fidelity Ford Escape production vehicles that have been modified with Lithium-Ion battery packs and charging systems and we’re really exploring what the interaction of that vehicle with the grid is like. We are trying to get a better understanding of the win-win solutions between industries that’ll be necessary in order to commercialize plug-in hybrids as well as full battery electric vehicles.

Greg Frenette: I think the opportunity is tremendous. With our plug-in Escape fleet of about 21 vehicles that we’ve deployed across North America we’re now in the process of setting up communications and actually demonstrating communications between the vehicles and smart meters which are becoming more and more available today in the market.

I’ll give you an example; if you are sitting in one of our plug-in Escape prototypes, hybrid prototypes, today, what you’d find is if you decided you didn’t want to start charging until the rates are cheaper say around midnight or so you could tell the vehicle don’t charge until then, or if you wanted a full charge by a certain time in order to return home or whatever you could then dictate that, communicate it through the vehicle to a smart meter that would then modulate the charges such a way to meet your needs.

Tom Raftery: Interesting! So you are basically shifting your consumption to match times when electricity is less expensive.

Greg Frenette: You can do that; you can also, though, if you are plugged in and you don’t have a need for a particular charging and you have some freedom flexibility, you can indicate that you are willing to accept interruptible service in order to, again, reduce the cost of charging your vehicle. So that’s just the tip of the iceberg of the, sort of, communications that will become available in vehicles and the, kind of, capability we’ll have to really interact with the grid and dictate how we use energy with vehicles.

Tom Raftery: One of the other issues around integration of Battery Electric Vehicles and smart grids is the billing. So say if I go and visit somebody else, some cousins or some neighbours or some family or something and they live a couple of hours away and I need to charge to get home, can I plug in my vehicle in to their electric outlets and have it billed back to my account, is that — are you working on those kinds of integrations as well?

Greg Frenette: Absolutely! One of the real beauties of Ford partnering with a number of utilities across North America is we are exploring those sorts of scenarios and so this whole idea of mobile billing, how that occurs how it takes place is something we are exploring along with a number of other interface opportunities and challenges that we want to face and work out together.

Tom Raftery: Another issue that people raise around electric vehicles is if an electric vehicle is being charged by a utility who are burning coal are they outputting more CO2 than they would if the same car was running off gas?

In other words you will dictate that you will charge at times when the least the amount of coal is being burnt and perhaps other sources of energy are being made available to the grid. So that sort of thinking is something that we are currently engaged at. At the end of the day, though, the total environmental solution is more than a solution at the tailpipe of the vehicle. It has to be what we call a wells-to-wheels solution, and so the energy industry sees the role, I think, they need to play in helping drive emissions down, helping us really improve the environment together.

Tom Raftery: Okay, one last question Greg. When will I see a Ford Battery Electric Vehicle in the showroom?

Greg Frenette: Well, our current plans, today, call for Ford Transit Connect Battery Electric Vehicles to begin coming off our production line at the end of next year (2010).

Tom Raftery: Superb Greg, that’s been fantastic. Thanks for agreeing to come on the show. 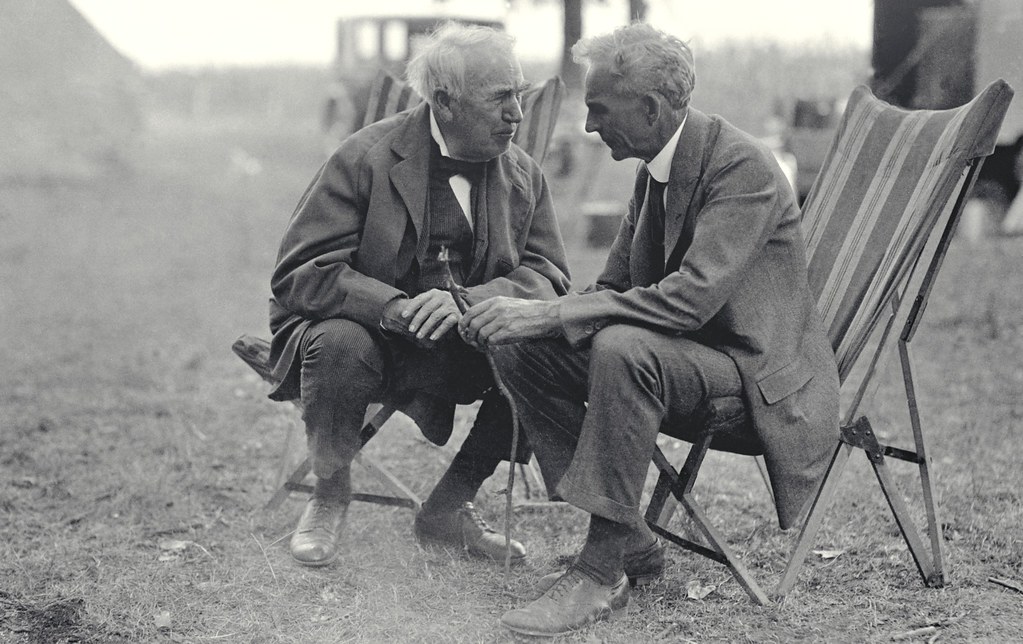 Apologies for the delay in posting this but I copied the chat stream incorrectly and lost it. I contacted @mikethebee, a faithful follower who has saved the chatsteams in the past and fortunately he had a copy!