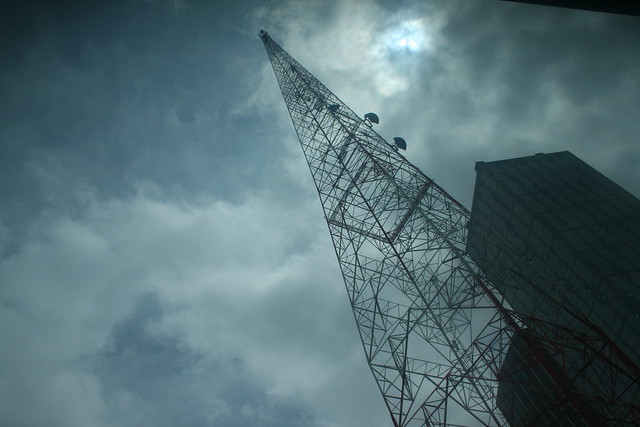 One of the key tenets of a Smart Grid is that you have real-time, two-way communications between the consumer and the utility company. To enable this a communications infrastructure needs to be rolled out. Before that can happen though, we need to examine the different communications protocols to find the most suitable one.

I was talking to Andy Slater, the EMEA Marketing Director for Sensus, the other day. Sensus are the company providing the communications platform for UK-based Arqiva’s Smart Grid pilot in Reading [PDF]. And their proposed Smart Grid communications infrastructure for all of Britain. While, in North America Sensus have 8 million end points rolled out across 225 utilities.

The Sensus solution uses long range radio to communicate with smart meters. This allows Sensus to achieve a 99.5% first-time connection rate during installations, according to Slater. This is higher than most other technologies (GPRS, WiMax, etc.) and so saves a considerable amount of money by obviating the need for a second call out or re-engineering.

When I mentioned that Power Line Communications (PLC) would, by definition, have as close as possible to 100% first-time connectivity, Andy countered that that’s all well and good for electrical meters but the Sensus solution also works for gas and water meters. He then went on to point out that PLC requires far more repeaters to boost the signal and that it is not suitable for high voltage equipment.

The other advantage which Andy mentioned is that for gas and water meters which are not powered, battery life is going to be an issue. GPRS and mobile solutions require a lot of power and their battery life may be as short as 5 years whereas Andy claimed because the power requirement of long range radio is lower, the batteries in their meters could last up to 15 years, thereby reducing service calls to replace depleted batteries.

We had a really interesting Smart Grid related conversation with a company called Arqiva the other day.

I hadn’t heard of Arqiva before but they are quite a significant player in communications infrastructure. They own or have exclusive marketing rights for 16,000 communication masts in UK – what they call vertical real-estate! They also own, operate and maintain all of the UK’s terrestrial television network as a regulated monopoly. And they are responsible for rolling out the switch-over from analog to digital broadcasting for the country.

If that weren’t enough Arqiva are Europe’s largest provider of satellite linkage services!

All very well I hear you say, but what does this have to do with Smart Grids?

Well, Arqiva have a fascinating proposition. They are expecting Ofgem (the regulator for the electricity and gas markets in Great Britain) to announce some kind of central procurement for a Great Britain-wide network and if that occurs, Arqiva would be in a very strong position to bid for it.

They have dedicated UHF spectrum (412 MHz) and a nationwide mast footprint already capable of reaching 100% of the homes in the country. A significant advantage of the dedicated long range spectrum (apart from the lack of contention) is that it will have no problem reaching into houses where meters can be located under stairs or in basements, for example. Cellular networks don’t have the same luxury and are more plagued with health concerns around the transmissions from their masts.

Having a single provider of the communications infrastructure for smart grids is a very appealing proposition – especially if it has regulated returns and contestable pricing which you would expect in a system like this.

Arqiva announced [PDF] just the other day that nPower is joining Arqiva’s Smart Grid proof-of-concept network which covers 80 square kilometres around Reading. nPower are a significant utility with around 6.5 million residential gas and electricity accounts throughout the UK. This will allow Arqiva to test smart gas as well as smart electricity meters and they ultimately want to include smart water meters in their network as well.

Arqiva say they have thought about security as well (which is just as well seeing as a single communications network for electricity, gas and water makes for an extremely attractive strategic target). They are using encrypted communications over licensed spectrum, and are operating a closed system so that should help but security is a constant battle so it is one they will need to stay on top of.

If Arqiva manages to roll this out successfully in the UK, this will leave them in a very strong position to reproduce this model in other countries.