SAP is doing some interesting work around environmental sustainability, working on issues such as carbon accounting and environmental monitoring and compliance. For now SAP is working with partners such as OSIsoft and Technidata to help flesh out its offerings.

But in keynote land environmental sustainability doesn’t seem to have become a top bullet point item (which is a bit surprising given SAP is a European company). My ears had pricked up when SAP co-CEO Henning Kagermann started talking about rising travel costs in his pitch yesterday. So what business process innovation did SAP suggest, based on integration of its Business Objects and ERP software? To establish a new business process to find and pre-qualify new transport suppliers… That’s what SAP came up with for risk management in an environment where we ‘re entering the era of the $200 over a barrel innovation challenge?

So much for energy demand management. I think we’ll tag that “could do better”. I appreciate this was just a simple demo in a keynote, but if SAP wants to be seen as innovative, and enabling business process breakthroughs, it would have been nice to see the company provide an approach that would help customers reduce their travel bill by reducing their travel, rather than just trying to get the cheapest supplier. Maybe I am just being grumpy, like Eddy, who yesterday asked whether from an environmental perspective we should be going to conferences at all.

In this morning’s keynote SAP’s other co-CEO Leo Apotheker also talked to rising energy prices, but kept banging the Flat Earth drum. In my opinion the Earth was Flat for about five minutes, until Friedman was proved wrong by rising energy prices. Kind of like the End of History seemed right for about a year or so…

Ending on a positive note I am going to try and join a session here at Sapphire 2008 later about Reducing Carbon Emissions using wind power, on which more later. In the meantime check out this cool job, working as an SAP admin at a windfarm. Want to feel good about your employer? How about this for environmental impacts (or lack of them):

SAP is a client. They paid my travel and expenses. I flew to Berlin. I wish firms would more events in Brussels or Paris so we could travel from London by train.

Probably the most interesting recent news GreenMonk has seen comes from a research project at the US Department of Energy, reported in Computerworld: Pilot program puts “smart” houses on network that adjusts energy use to pricing.

The technology in play included wireless technologies, broadband connections and back-end systems that use a Web-enabled service-oriented architecture for linking disparate information systems.

The intent of the “intelligent smart-power grid” is to give consumers the ability to conserve energy with systems that automatically adjust to pricing. There are a number of ways in which that might work, and here’s one: In the event of a heavy electric demand period that is threatening a power outage, a clothes drier embedded with a controller could receive a signal that prompts it to turn off the drying element for a short period.

IBM was involved in the project, and its good to see Big Blue doing something that affects consumer behaviour. What I find fascinating though is not the automation – its the fact that if people have better access to information, they will adjust their behaviours accordingly. Electricity meters shouldn’t be down in the basement.

According to ARS Technica:

In effect, such technologies make both the machines and their human owners into members of what the lab calls “a collaborative, distributed, commerce-driven ‘society'”—some of the same terms used to describe the many “Web 2.0” destinations. In this case, though, the purpose isn’t to create the Internet’s most tech-savvy collection of minds (see the Ars OpenForum for that) but to create a “shock absorber” for the national power grid; saving money for consumers is simply a byproduct of that process.

There is an extremely cool product out there which makes electricity use manifest – the Wattson. They have a cool slogan too- DIY Kyoto.

People are perfectly capable of making intelligent, well-formed decisions, if they have the relevant tools. Bringing meters out into the open is going to be a big part of the changes societies make over the next few years. I love a quote from the Guardian story:

“Our kids are saying that they are helping to stop the ice caps melting,” she said.

My little boy is only two years old, so perhaps I am not best equipped to comment yet, but as I understand it having kids pester their parents to turn off lights – usually only happens once they have left home and are paying the bills…

special thanks to Mike Gunderloy, who sent me a link to this story through Twitter, saying it was “greenmonky”. he was right. 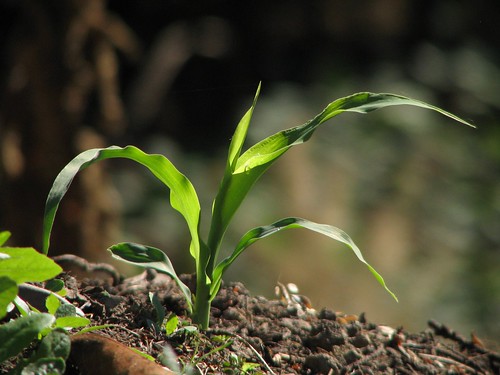 If you’ll excuse the rather feeble pun in the title (nice picture though!), I wanted to note something that has caught my attention-namely the speed at which the IT industry systems vendor debate is moving on from green data centers to end to end green plant management. Air-conditioning is so wasteful and overused. I was pushing for green facilities management at some of my IT vendor clients last year, but it seems that now the idea’s time has come. With energy prices rising the economics are far clearer. Efficiency won’t ruin economies, it will keep them alive.

Paul Kurchina, Director of Communities for ASUG, the SAP Americas User Group, started the ball rolling again for me when I met him recently and he pointed out that OSIsoft was doing some good work in the area. The chance to drive more efficient and effective plant and facilities management seems such a natural opportunity for SAP I am a bit surprised it hasn’t pursued it more aggressively, particularly given its Lighthammer acquisition last year.

IBM it seems may be rushing in to fill the gap, opening a new front in its cooperation/competition with the German software giant. IBM’s acquisition of MRO software and its Maximo application is the catalyst for change. While the acquisition was ostensively intended to fill out a hole in IBM’s Tivoli service management toolset, namely a service desk, MRO’s broad portfolio also offers extensive management capabilities for non-IT assets. A recently completed tight integration between MRO’s Maximo and the ESRI geographical information system (GIS) makes the platform even more applicable.

Needless to say however all the monitoring and management software in the world won’t be any use unless it ties into the existing plant automation, air-conditioning systems and so on, which is where the likes of GE and Rockwell Automation come in. IBM is already aggressively courting these firms.

It seems to me that SAP and IBM are going to need to work together. Service automation won’t be useful if it isn’t tied into ERP, financial and other systems. I am definitely not as well informed as i need to be though. I will let you know more as I learn more about it. I wrote recently that not all automation decisions make sense, but some obviously do