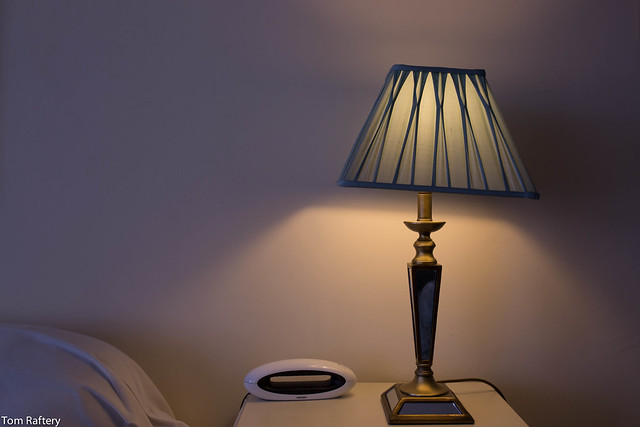 Back in September 2012 I saw a Kickstarter campaign entitled LIFX: The Light Bulb Reinvented. The campaign promised to deliver

a WiFi enabled, multi-color, energy efficient LED light bulb that you control with your iPhone or Android

This sounded great. Energy efficient, LED bulbs which could change colour to match/create moods, and which you could control from your Smartphone? Where do I sign up? Well, I signed up on the Kickstarter page, obviously.

This morning, the Lifx bulbs I bought were delivered, so I decided to put them to the test.

The photo at the top of this post is of a lamp in my home powered by a 12W Philips CFL bulb. I swapped out the CFL for the Lifx LED bulb and I was immediately impressed with how quickly it lit up and how bright it is.

Here’s a comparison of the same lamp with first the CFL bulb, and then the Lifx LED bulb:

A few comments in favour of the LED light –

On the other hand – 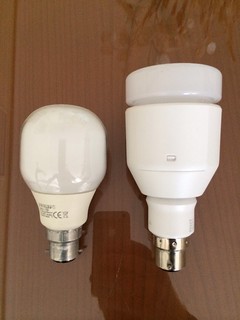 Bottom line – the Lifx bulb is a nice little bulb and a great job by its developers for a v1.0 of their first product. Having said that, its main competitor seems to be the Philips Hue series of wifi connectable, colour variable, smartphone controllable bulbs, and they’re for sale on Amazon.com for $59.97 which is far cheaper than the Lifx at $89. Also, Revolv support the Hue series of bulbs, so it is likely they are remotely controllable. Given that, unless Lifx addresses particularly the cost issue, I’d have to advise anyone interested in Internet of Things connected lighting to look at the Philips solution instead. If I get my hands on the Philips bulbs, I’ll review them here subsequently.

*Both photos were taken with the camera on full manual mode with shutter speed at 50, ISO at 200, aperture at 4.5, and white balance set for fluorescent light (4000k approx).