They say the secret to any good relationship is communication.

Most utility companies don’t seem to have received the memo though. In a lot of cases, the only time you hear from your utility company is when you receive a bill, or a disconnect notice. Neither are very positive forms of communication. It is no wonder then that utility companies generally are not held in high regard.

In an effort to help utility companies improve their communications, and connect more closely with their customers, SAP this week launched their Utilities Customer Engagement mobile app. The new mobile app is available now for download from the iTunes Store and Google Play. 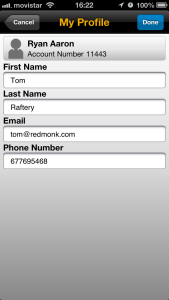 The app has lots of cool functionality, such as the ability to see and pay bills, check consumption and outage information and High Bill Alerts and other messages in the Message Centre, to warn customers when their bill is going to be higher than usual. This would have been very handy for PG&E to have had back in 2009 when their smart meter rollout was incorrectly blamed for customers suddenly receiving higher bills.

Facebook reported last December that the number of people accessing the site from mobile devices now exceeds access from desktop devices, and not surprisingly, this has also been true of Twitter for some time. Given that, it could be that SAP are missing a trick here. It would be very useful if in the My Profile section of the app, customers could enter their social media details (Twitter account, Facebook, Google+ etc.), then the app could send them messages and alerts to their social network of choice, rather than customers having to log into the app to see alerts.

This is a fundamental tenet of good communications – talk to the customer on their platform of choice, don’t force them to come to you. Perhaps in version 2.0.

Of course, this mobile app will only be any good, if SAP can persuade their utility customers to deploy it – whether they can pull that off remains to be seen (but, I know I’d want my utility company to roll it out!).