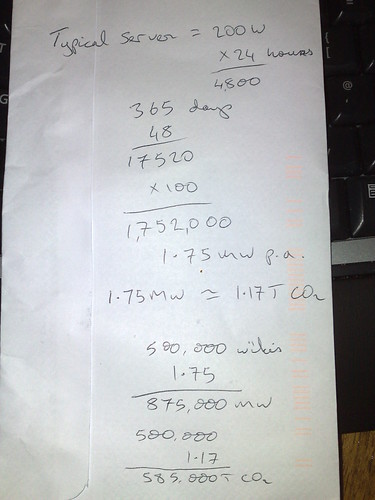 Is a hosted app more Green than hosting your own? Is Software as a Service (SaaS) more environmentally than the more traditional models?

I contacted a number of SaaS vendors (who, admittedly, may have a vested interest in this!) but the answers were a resounding yes.

Chris Yeh, for example, from PBWiki did some quick back of the envelop calculations and replied with:

Now, obviously not all 500,000 hosted PBWiki’s are replacing an individual server but say 100 PBWikis replaces one server, or 1,000. That’s still somewhere between 600 and 6,000 tons of CO2 PBWiki are saving the planet per annum.

Anyone got harder numbers than that around the energy efficiency of SaaS?