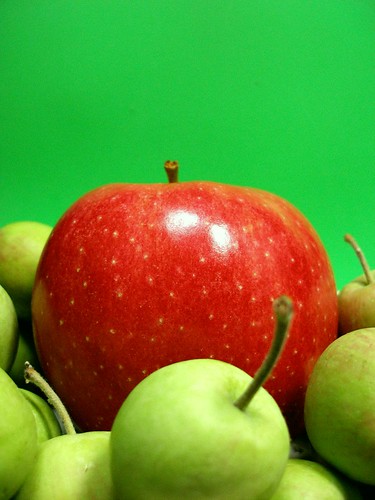 The dust has settled on this year’s Stevenote and the ripple effect on my side of the planet was that for the first time, sustainability had made a big public appearance on Apple’s agenda. Hardly a leader in the field, but we’ll forgive them for that as sustainability is risky business. Recyclable casing, absence of toxic mercury and arsenic (which we might just want to work on eliminating from our drinking water at some point) and lots of other environmental perks. Who could criticise such moves?

Whenever such a moment happens the first question I have is: “Green or not, did we really need this to be made in the first place?” and “What happens to the rest of the products I bought from you in the past?”.

The Apple Air is nice, it’s, well… thin, thinner, thinnest (you’d swear they were selling a wonder pill) but really, did we need another one? Eavesdropping on some of my geek friends (which is usually my idea of an industry barometer) I heard a lot of “well it’s really a second laptop”. One for the elite that has constant access to wifi, flies around the world, uses Dopplr to set up meetings and doesn’t actually do any real work on these “notebooks”. Isn’t that what the iPhone is for? Or the iPod Touch even?

Being sustainable is sometimes too easily interpreted as a Cradle to Cradle decision in terms of materials when actually the core idea that should be upheld by companies like Apple should be about making things better and less often. Making things that will be able to evolve, be upgraded, be adaptable, hackable and more fun to use for longer so that as a customer I don’t think that I’m buying version 3.4 of something that will only be as good as it’s last press release. I want to buy “the” quintessential Apple product and cherish it for years, like people would cherish a vintage car.

Clearly that hasn’t been Apple policy, you only need to look at the number of iPods (and all versions of it) released in the past 2 years alone. Apple is not a leader on a greener market, it’s just catching up, making small careful steps where giant ones are needed and projecting the small ones on a big screen to make them look bigger than they really are.