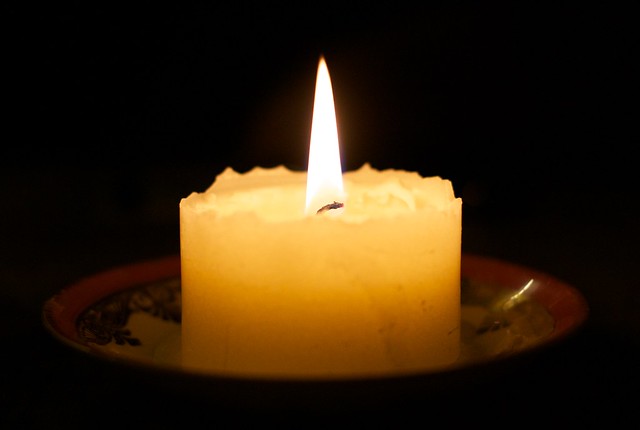 16 : 27 MikeTheBee :
Hello Tom, It would be handy to have a date in the video to distinguish the ep being replayed. Leo Laporte on Twit.tv just has a Calender/Clock on a shelf behind him, it works well.
?
16?:?27 MikeTheBee :
Maybe up on the filing cabinet?
?
16?:?28 Tom Raftery :
Cool idea
?
16?:?28 MikeTheBee :
Just a though
Hello Video/Audio oK
Good stuff
less than 30 slides now?
?
16?:?33 Tom Raftery :
http://www.grist.org/article/2010-02-25-attack-on-climate-change-science-is-oj-simpson-moment/
http://motherjones.com/blue-marble/2010/02/pat-michaels-climate-skeptic?utm_source=twitterfeed
?
16?:?36 MikeTheBee :
It is the Climate fundamentalists on the other side. Aimed at confusing the middle-ground
?
16?:?36 Tom Raftery :
http://www.google.com/hostednews/afp/article/ALeqM5gHO-eYtWhElo-tDutOelFgr8KnGQ
?
16?:?37 MikeTheBee :
The article requested is not available.
AFP seem to have taken that one down
?
16?:?38 Tom Raftery :
It has been the economic heartbeat of the world’s fourth most populous country for almost 500 years, but Jakarta’s days as Indonesia’s capital could be numbered
Indonesia mulls new capital as Jakarta sinks
http://www.energybulletin.net/node/33164
?
16?:?39 MikeTheBee :
http://www.google.com/hostednews/afp/article/ALeqM5gHO-eYtWhElo-tDutOelFgr8KnGQ
?
16?:?40 Tom Raftery :
http://www.foreignpolicy.com/articles/2010/02/12/peak_tuna
http://www.care2.com/causes/environment/blog/japan-says-it-will-ignore-a-ban-on-bluefin-tuna/
http://news.bbc.co.uk/2/hi/science/nature/8534052.stm
http://www.physorg.com/news186418664.html
?
16?:?44 MikeTheBee :
Tells us a lot about sea currents
?
16?:?46 Tom Raftery :
http://news.yahoo.com/s/hsn/20100301/hl_hsn/globalwarmingkicksupallergystorm
http://www.pej.org/html/modules.php?op=modload&name=News&file=article&sid=8041&mode=thread&order=0&thold=0
http://www.smh.com.au/digital-life/mobiles/apple-admits-using-child-labour-20100301-pbzz.html
?
16?:?51 MikeTheBee :
The fanboys said it was not Apples problem.
?
16?:?52 Tom Raftery :
http://stardustglobalventures.com/2010/02/27/twitter-as-powerful-as-an-earthquake/

16?:?52 marilynpratt :
Apple having a bad week as its shareholders say no to environmental measures: http://localtechwire.com/business/local_tech_wire/news/blogpost/7118816/?utm_source=twitterfeed&utm_medium=twitter
?
16?:?53 MikeTheBee :
Tom, most of these links are not coming though in a clickable format. The Apple one did though.
?
16?:?54 Tom Raftery :
http://www.youtube.com/watch?v=xbxrYAU6l_0
http://www.guardian.co.uk/environment/2010/feb/25/mitsubishi-wind-turbine-factory
http://www.sciencedaily.com/releases/2010/02/100225140908.htm
?
16?:?56 marilynpratt :
@MikeTheBee maybe if you repost them with a copy and paste they will be clickable. I’ll try: http://www.youtube.com/watch?v=xbxrYAU6l_0
http://www.guardian.co.uk/environment/2010/feb/25/mitsubishi-wind-turbine-factory
http://www.sciencedaily.com/releases/2010/02/100225140908.htm
?
16?:?57 MikeTheBee :
We could do with that info in a more visual form.
?
16?:?57 Tom Raftery :
waterfootprint.org
http://www.youtube.com/watch?v=ZoKYStFy4GY
http://www.treehugger.com/files/2009/11/sf-green-festival-09-silo-ink-reduces-printer-waste-saves-80-on-ink-expenses.php
?
16?:?59 MikeTheBee :
@marilynpratt : I can see those, strange, is it me or Zoho chat?
?
17?:?00 marilynpratt :
@mikethebee
waterfootprint.org
http://www.youtube.com/watch?v=ZoKYStFy4GY
http://www.treehugger.com/files/2009/11/sf-green-festival-09-silo-ink-reduces-printer-waste-saves-80-on-ink-expenses.php
http:waterfootprint.org same problem
need to run thanks
?
17?:?01 Tom Raftery :
http://greenenergyreporter.com/2010/02/india-to-tax-coal-to-fund-national-renewable-energy-fund/
?
17?:?02 MikeTheBee :
HP argue that they must be ‘remade’ for quality
?
17?:?03 Tom Raftery :
http://www-03.ibm.com/press/us/en/pressrelease/29520.wss
http://blogs.msdn.com/see/archive/2010/02/25/johnson-controls-uses-microsoft-surface-to-improve-visibility-into-energy-efficiency-in-buildings.aspx
http://www-03.ibm.com/press/us/en/pressrelease/29482.wss
http://www.youtube.com/watch?v=Hm7MeZlS5fo
http://www.ft.com/cms/s/0/2f1a836e-24d3-11df-8be0-00144feab49a.html?nclick_check=1
http://www.businessgreen.com/business-green/news/2258673/google-touts-solar-thermal
http://www.flickr.com/photos/traftery/4340528718/
http://davidcoethica.wordpress.com/2010/03/01/3bl-tv-new-csr-sustainability-video-channel/
?
17?:?09 MikeTheBee :
I built a heilostat in the garden using old cd’s
The real issue on inkjet carts is the price, if we could return them and buy new ones they would be like milkbottles.
UK councils to stop collection of recycling to save budget
Coffee bean production starts in the UK and Ireland, joining the vineyards established in 2009. (newsflash from 2013)
Well done Tom gr8 show.
@marilynpratt Thx for reposting, it is not a problem for me to cut&paste, but I wondered why Tom’s links didn’t work like your this week.
?
17?:?11 Tom Raftery :
Thanks Mike and everyone for all your comments, interest and enthusiasm

We had a great Energy and Sustainability show yesterday – in case you were unable to make it, I recorded the video (above) and the chatstream (below):

Mon, 8 Feb, 16:45
jonerp :
oil energy scarcity is one of the big looming clouds blocking the view of any true long term economic recovery – without more progress on renewable economic and energy models that is.

Mon, 8 Feb, 17:08
Tom Raftery :
Thanks everyone for your time, interest and contributions