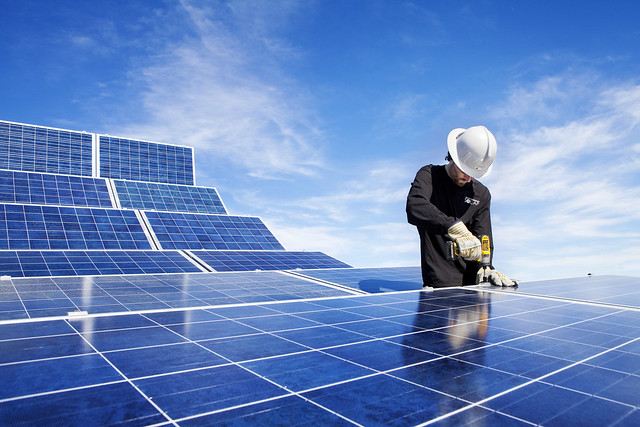 Apple had a couple of interesting announcements last week. The first was that they were investing $848m in a 130MW solar farm being built by First Solar in California. With this investment, Apple enters into a 25 year power purchase agreement with the solar farm, guaranteeing income for the solar farm, and securing Apple’s energy bills for the next 25 years in California. According to First Solar this is the largest agreement in the industry to provide clean energy to a commercial end user, and it will provide enough energy for Apple to fully power its headquarters, operations and retail stores in California, with renewable energy.

For it’s data centers, which hosts Apple’s iCloud, App Store, and iTunes content, Apple uses 100% locally generated, renewable energy. It’s Maiden, North Carolina data centre, for example, uses a combination of biogas fuel cells and two 20‑megawatt solar arrays — the largest privately owned renewable energy installation in the US, according to Apple. And it is now investing another $55 million in a third, 100-acre 17.5MW plant for the facility. You can find details of Apple’s other data centre facilities, and how they are powered by renewables, here. 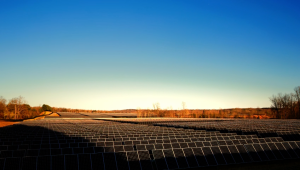 The second announcement from Apple was the publication of its 2015 Supplier Responsibility Progress Report (highlights here, full PDF here). Apple has been criticised in the past for workers rights violations in its supply chain, so it is good to see Apple taking very real steps, positive, to address this. The amout of detail, the steps taken, and the levels of transparency in the report are impressive.

On underage labour, for instance, Apple’s policy requires that

any supplier found hiring underage workers fund the worker’s safe return home. Suppliers also have to fully finance the worker’s education at a school chosen by the worker and his or her family, continue to pay the worker’s wages, and offer the worker a job when he or she reaches the legal age. Of more than 1.6 million workers covered in 633 audits in 2014, 16 cases of underage labor were discovered at six facilities — and all were successfully remediated.

Apple also has strict policies around work week hours, health and safety, sourcing of conflict minerals, and the environment. In order to increase its transparency, Apple publishes its Supplier Code of Conduct, its Supplier Responsibility Standards, its Conflict Minerals Standard, as well as a list of its smelter suppliers and its top 200 suppliers amongst other documents. And Apple’s comprehensive list of environmental reports are published here.

What does this have to do with cloud computing and the enterprise supply chain management?

Well, Apple recently partnered with IBM in order to expand its userbase into the enterprise space. And it has opened its iWork office suite to anyone with an Apple ID, no Apple device required – though this was long overdue.

Comparing Apple’s cloud offerings to actual enterprise cloud players (or any cloud players, for that matter), you see there’s a yawning chasm in terms of transparency, reporting, and commitment to renewables.

Of the main enterprise cloud players: 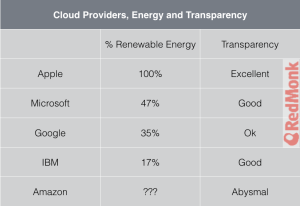 Taking into account last November’s historic deal between the US and China on carbon reductions, and the upcoming Paris Climate Change Conference in December this year (2015), where there are very likely to be binding international agreements on carbon reductions. This will lead inevitably to increased requirements for CO2 reporting from the supply chain.

With that in mind, including the % renewable energy as one of the factors when choosing a cloud provider, would be a very wise move.

@TomRaftery @dberkholz but if the point is, MSFT, IBM & AMZN is getting spanked by AAPL on green/labour issues, i think it's spot on.

In that case, you could always go with GreenQloud. GreenQloud bill themselves as a drop-in AWS replacement and being based in Iceland their electricity is 100% renewable.

This news just in.

Of course buying green energy is only a very small part of a sustainability strategy. But its a darned good placeholder, especially when part of the solution is turning landfill gas into power. Stink sequestration? 😉

Dell also announced today it is increasing green power use for its Austin Parmer Campus, provided by Austin Energy, from eight to 17 percent. The company is a leading participant in Austin Energy’s GreenChoice® power program. Dell also is powering its Twin Falls, Idaho, facility with 100 percent green power, 97 percent of which is wind power and three percent solar.

Why blog this? Because headquarters tend to reflect how a company thinks about itself. On the one hand you can argue improving the HQ is just green window dressing. But I prefer in this case to be more positive on Dell’s intentions. Its a corporate leader and a very well respected brand. So well done Dell for showing leadership in your power purchasing, although I could have done without the hardware pimping in the press release though. Stay. On. Topic.

What a surprise – Dell is leading when it comes to purchasing power. Sometimes core competence really does make sense in another context. Now if it could just start reselling green power to its customers…

Do you know of other corporations that have made the commitment to power 100% of their HQ operations using green power? German web hosting provider Strato is the only one I can think of off the top of my head. 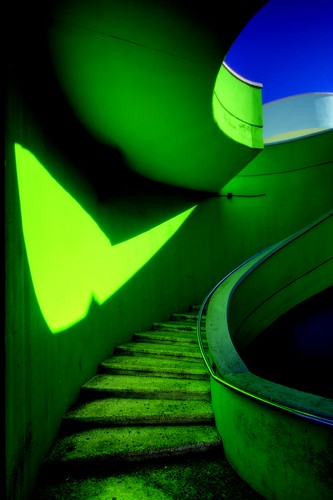 Many of us are thinking through the implications of greener supply chains.

Al has been giving it some lately, for example, with his thoughts on the Carbon Added Tax. Over at SAP Research Andreas Vogel is leading the charge. IBM is doing some solid work here, as is BT. But we’re beginning to see a potential backlash, based on the Greens are Dreamers frame. The argument is that green thinking and approaches will be jettisoned as economic conditions toughen. But is that necessarily the case? Jason Busch from SpendMatters nails it in a post entitled How Will Green / Sustainable Procurement Play in a Recession?

While it would be easy to dismiss green and sustainable procurement practices as a luxury for companies to invest in when times are good, I actually believe that they could help organizations to buoy their top lines and pull up from a spiraling downturn or period of contraction. Whether it’s better marketing the benefits of green supplier practices to customers to spur pent-up demand or making investments in supplier development initiatives which reduce unnecessary packaging, supplier-focused sustainability initiatives have the potential to drive sales and reduce cost.”

I hold a similar line: it seems daft to argue, as the Bush Administration repeatedly has, that efficiency efforts harm economies. Efficiency can help you cut cost, even if (especially if?) its energy costs we’re talking about. Jason gets some great comments on his post. For actionable advice why not try Paul Gooch’s suggestion:

A former employer of mine ran an internal initiative called WRAP…waste reduction always pays. This applies as much to purchasing as any functional activity. The benefits go straight to the bottom line, and in the process you reduce your energy usage, carbon footprint, etc

But Lisa Reisman really distills the arguments to 100% proof: “green is a form of lean”. Thinking about carbon consumption is not just protectionist sabre-rattling: its an efficiency argument. It strikes me at the moment many economists and business commentators just aren’t thinking through their positions. We’re seeing rhetoric as the primary argument. Greens are luddites. Localisation means a return to the stone age. And so on. Green is a form of lean.

The implications for software and services companies are clear – keep investing in Green, recession or not. You can always change your marketing to read “cost-cutting”. If however you’re relying on a return to abundance as a primary planning assumption you could be in major trouble. Spend matters green or not.