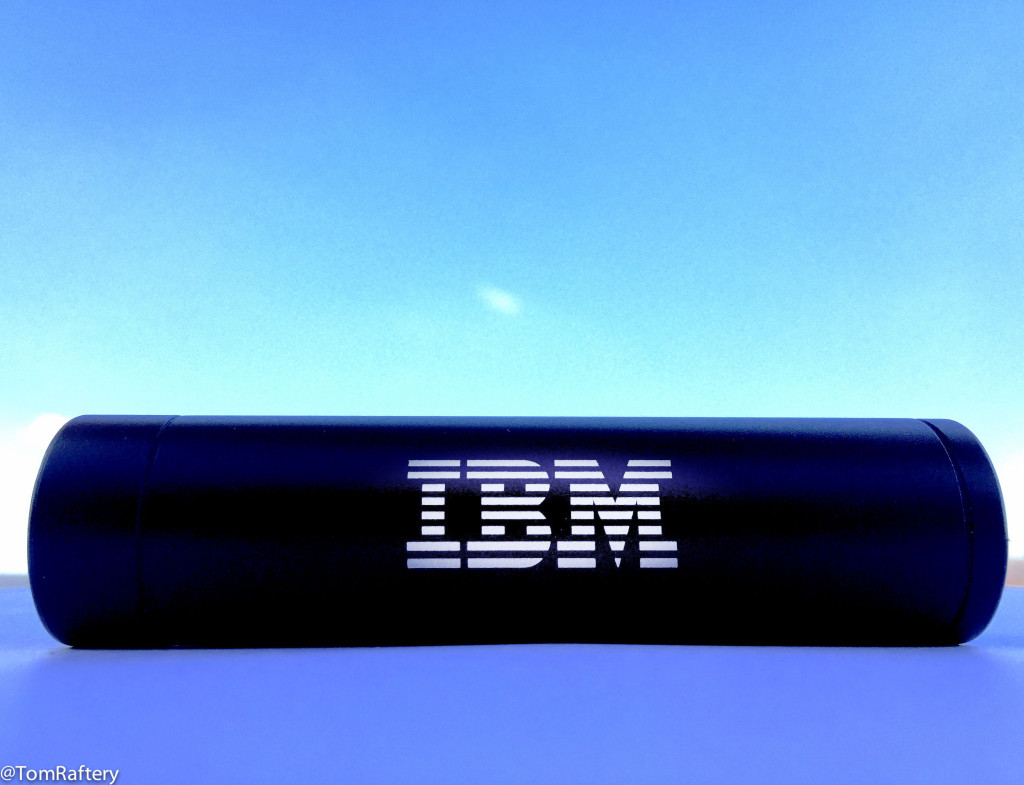 After returning from IBM’s InterConnect conference recently we chided IBM for their radical opaqueness concerning their cloud emissions, and their lack of innovation concerning renewables.

However, some better news emerged in the last few days.

The Whitehouse last week hosted a roundtable of some of the largest Federal suppliers to discuss their GHG reduction targets, or if they didn’t have any, to create and disclose them.

Coming out of that roundtable, IBM announced its committment to procure electricity from renewable sources for 20% of its annual electricity consumption by 2020. To do this, IBM will contract over 800 gigawatt-hours (GWh) per year of renewable electricity.

And IBM further committed to:

Reduce CO2 emissions associated with IBM’s energy consumption 35% by year-end 2020 against base year 2005 adjusted for acquisitions and divestitures.

To put this in context, in the energy conservation section of IBM’s 2013 corporate report, IBM reports that it sourced 17% of its electricity from renewable sources in 2013.

IBM committed to purchasing 800 GWh’s of renewable electricity per year by 2020. How does that compare to some of its peers?

In 2014, the EPA reported that Intel purchased 3,102 GWh’s, of renewable electricity, and Microsoft purchased 2,488 GWh’s which, in both cases amounted to 100% of their total US electricity use.

In light of this, 800 GWh’s amounting to 20% of total electricity use looks a little under-ambitious.

On the other hand, at least IBM are doing something.

Amazon, as noted earlier, have steadfastly refused to do any reporting of their energy consumption, and their emissions. This may well be, at least in part, because Amazon doesn’t sell enough to the government to appear on the US Federal government’s Greenhouse Gas Management Scorecard for significant suppliers.

With the news this week that 2015 will likely be the hottest year on record, and that the Antarctic ice sheets are melting at unprecedented rates, it is time for organisations that can make a significant difference, to do so.

Google, purchased 32% of their total US energy from renewables in 2014. But more than that, this week it emerged that Google are considering moving climate denying sites down the list of Google search results.

And Dell have introduced AirCarbon, packaging for its products which is externally certified carbon negative.

These are the kinds of measures that can make a difference.

Come on IBM. If this were your Spring Break report card, it’d read “IBM – could work harder”. 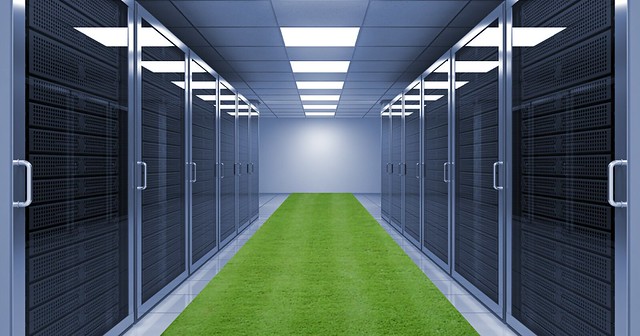 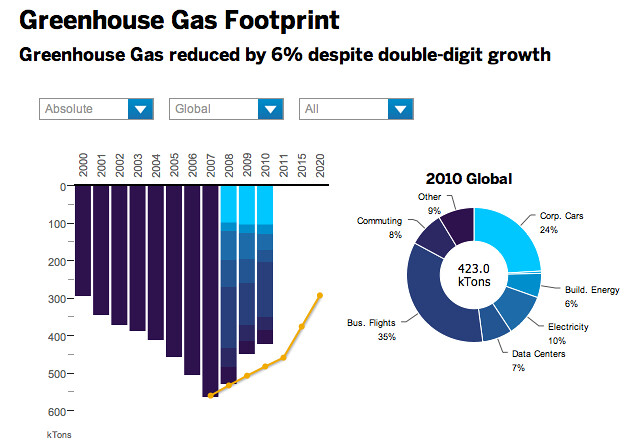 Diversey invited me to attend their Climate Change Summit in Amsterdam earlier this week. I went along and was very pleasantly surprised by Diversey’s commitment to corporate sustainability.

Towards the end of the day I had a chat with Curt Johnson, the Chair of Diversey, about their sustainability initiatives. Some of the highlights of the conversation:

Some other great tidbits which were left on the cutting room floor were:

I have been creating a series of little videos on the energy efficiency of various items you might find around the home or office (computers, mobile phone chargers, games consoles, printers, and a microwave oven for example). The video of the computer was particularly revealing because even when the computer was shut down (note completely shut down, not put to sleep, not hibernating) it was still drawing 3W of electricity.

However, Fujitsu sent me a PC to try out. The computer they sent me was one of their Esprimo P Series (model 7935) which is supposed to draw 0 Watts of powere on shutdown. They also sent me one of their P-Line Displays which is also, according to them 0 Watt rated.

I was unconvinced but decided to try it out.

As you can see in the video, the computer consumes a hefty 86W when in operation. This is not that unusual for a desktop but compared to my laptop, which only consumes 32W for example, it is quite high. When it is put to sleep, it consumes 1.7W which is quite good for a desktop in sleep mode. However, when I shut it down, the power draw from both the computert and monitor went completely to 0W. If you check out the mobile phone charger videos I posted, you can see that the sensitivity of the power meter I used was 0.1W

I have to admit to being really impressed by this. Still, just how likely is this to fly commercially?

The other computer I tested drew 3W when shut down. It is easy to say 3W but what direct impact does that have on people or businesses?

So if my maths are correct, a 3W trickle of electricity costs around €4.20 a year.

I don’t have any pricing information on the 0 Watt PC but I don’t imagine €4 per annum will swing a purchasing decision either way, even if it is a purchasing decision for several thousand devices. Where it may make a difference is if companies are interested in reducing their carbon emissions.

In the short term, this is a nifty way of reducing energy draw when computers are not in use. Longer term this problem will be resolved by offerings like Cisco’s Energywise whereby sockets can be powered off remotely, on a schedule or when an office is vacated, obviating the need for 0 Watt PCs.

On a larger scale the real problems with regard to energy production and heightened greenhouse gas emissions occur during the working day when computers are typically turned on. Reduce the amount of electricity a computer requires to run, as well as the amount of power it draws when shut down for the real win.