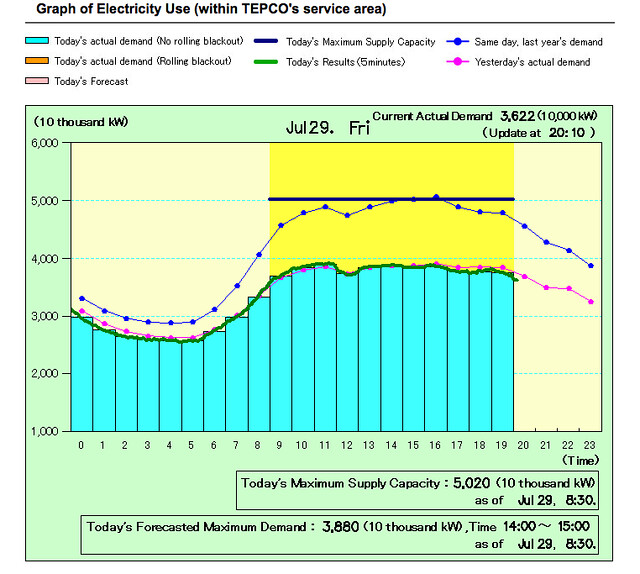 Continuing my series social media savvy for sustainability, I wrote a post on how to follow large numbers of people on Twitter – this is important to ensure you you get the most up-to-date information on your areas of interest, as quickly as possible:

What is the best way to make sure you get the most information out of Twitter? Follow lots of relevant, interesting people!

It sounds obvious (if you aren’t following people, you won’t see their posts) but I see lots of people on Twitter who are following 100 people or less. Many of those 100 will be friends and family, others will be infrequent posters so out of 100 accounts, you are lucky if 20 are regular sources of good information.

Now, what if you increase the number of people you follow to 200? Or 2,000 (I’m currently following 2778)? Well then, the number of friends/family type accounts you’re following is unlikely to increase proportionally, so as long as you chose the people to follow wisely, you will vastly increase the amount of interesting news you will be receiving from Twitter.

Now, I often hear people say they have difficulty keeping up with the number of people they are following and asking me how I follow over 2,000. The simple answer is I don’t try to keep up with all the people I follow! I dip in and out of Twitter and if the people I follow happen to post, I will likely see the post. If they post when I am not looking at Twitter, I probably won’t see their post.

The major limiting factor in trying to follow more people on Twitter is obsessively attempting to catch every tweet. Let go. Learn to live in the now and more than likely if you do miss an important tweet, it will be re-tweeted anyway.

Of course, a flipside to this is that you shouldn’t follow people simply to increase the number of people you are following. Only follow people who will bring you useful/interesting information – otherwise you are reducing the signal-to-noise ratio and similarly if you realise that someone you followed is not bringing you any value, don’t hesitate to unfollow them.

I wrote a post a couple of years back called 15 Twitter tips for beginners which, though two years old, still has useful information for Twitter users – especially if you make sure to read all the comments as well.

Needless to say, things have moved on considerably in the intervening period – bear in mind that post was written over a year before the launch of the iPad and seven months before version 1.0 of Android was released!

So here’s a quick updated version of the tips:

FWIW I’ll be writing many more posts about Twitter best practices, with a special emphasis on Twitter for Sustainability obviously, in the coming weeks and months – stay tuned!

Cross posted from my TomRaftery.com blog

In my first post on Social Sustainability, where I talked about the importance of sharing, I mentioned that I had been thinking of writing a post about blogging – well, here it is!

I know this will be the proverbial “teaching granny to suck eggs” posting but seeing as blogs are such a fundamental tool in your social media armoury, I couldn’t leave them unaddressed. In fact, there are so many things to write about blogs and blogging that I can see many more posts on the topic in my future. This brings me to a question – what aspect of blogging would you like me to write about next?

I’m going to start off though with a quick ‘why blog’ and then a discussion of whether to go for a hosted or a self-hosted blog (and the differences between the two).

I won’t spend too much time on the ‘why blog’ question – I’m assuming if you are reading this it is because you are interested in Social Sustainability – if that is the case, then you probably already know that the primary tool of social media is a blog. I wrote a bunch of posts a few years ago on the advantages of blogging for a business – here’s one to have a firkle through if you are still not convinced (read down through the comments as well to get full value).

On the question of whether to go for a hosted or self-hosted blog, I’m not going to make a recommendation either way – rather, I’ll list their relative advantages and let you decide which is more appropriate for you:

Hosted blogs (like WordPress.com which this blog runs on, and Blogger.com) advantages:

On the other hand Self-hosted blogs (such as GreenMonk.net)have these advantages:

One possible suggestion, if you are still undecided, is to start off with a hosted blog. If, after a while, you find the limitations of your hosted blog too frustrating, you can always export all your blog posts and comments and import them into a self-hosted one and go from there. 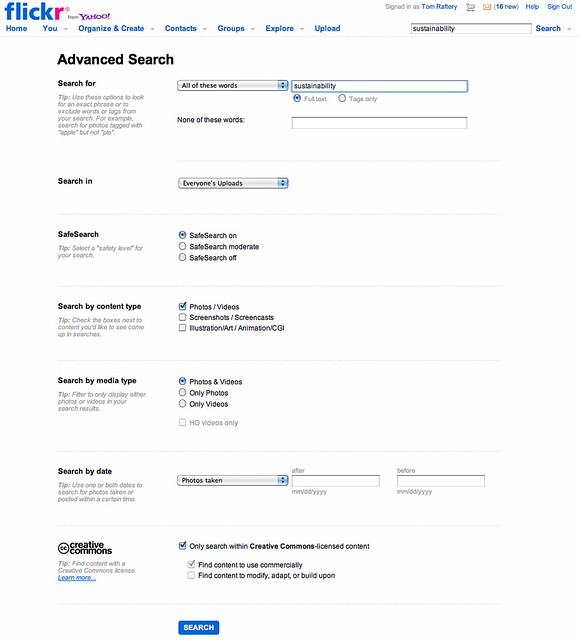 Here’s my first post from earlier today, titled Social Sustainability and the importance of sharing:

I wondered for a while what to post on first here after the re-branding of the site and the new focus on Social Sustainability.

First I thought about doing a post about blogging seeing as it is one of the most basic building blocks of social media but then I took a step further back and decided to talk about Social Media and Sharing!

Why? Well, sharing of content is essentially the raison d’?tre of Social Media, whether it is sharing it privately behind your corporate firewall, or sharing it with as many people as possible on the public Internet. And that’s really the key thing, isn’t it – you generally want your social media generated content to reach as large an audience, as possible.

There are many strategies you can rollout to try to maximise the reach of your sustainability message – everything from ad campaigns to search engine optimisation – however, one of the less discussed ones that I wanted to mention is the use of Creative Commons licensing.

What is a Creative Commons license?

These are like the opposite of the “All Rights Reserved” notice you often see associated with works online – it is the default copyright on a lot of online content and it means that the owner of the copyright reserves all rights around distribution of the content. Obviously, if you want to get your message to the widest possible audience, you want to be sure it is not licensed as All Rights Reserved.

So, any sites you are creating content on, be sure that you have made it clear to people that they are free to re-distribute your content for you on other sites by displaying the Creative Commons logo along with your content.

Well, when I’m writing blog posts I like to include images to make them look more presentable, however, I don’t want to potentially fall foul of copyright restrictions. Luckily the Flickr Advance Search page allows you to restrict your search to only Creative Commons licensed images. The obvious corollary of this is that if you want to increase the viewership of your images (or any other content, including blog posts, videos, audio, etc.), apply a Creative Commons license to it.

By the way, if you are wondering how to go about getting a Creative Commons License for your content – head on over to the License Your Work page on the Creative Commons site and follow the instructions there.

And if you are looking for the Creative Commons license associated with this article, see the bottom of the right-hand side sidebar.

UPDATE – Al Jazeera created a Creative Commons site for distribution of their news. When the uprising broke out in Egypt recently, traffic on Al Jazeera’s site went up by 2,500%