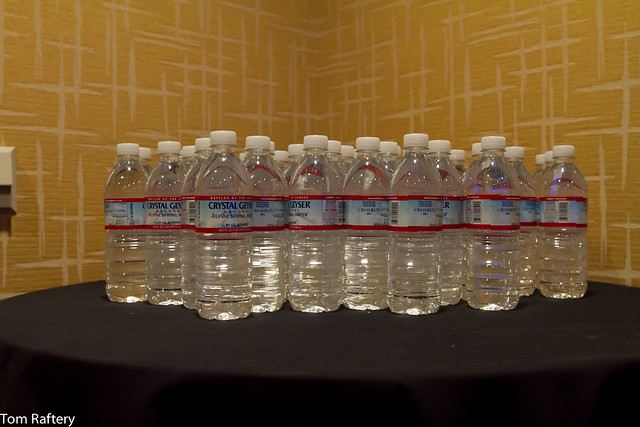 I attended a HP analyst summit last week in San Francisco and I have been putting off writing down my impressions of the event because I was, frankly, very disappointed.

Writing recently about HP’s announcement of their new Energy and Sustainability Solution, I noted that HP’s new CEO L?o Apotheker’s legacy from his time at SAP, is SAP?s deep commitment to sustainability. And I went on to speculate that it looks like he is bringing his sustainability stamp to HP as well. Sadly, I set myself up for a bit of a fall! 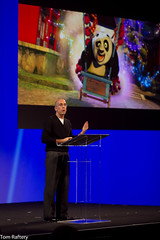 The first day of the two day event was a series of talks from HP execs, starting, after the introduction, with L?o’s Keynote. After that there was a series of exec talks on Cloud, Connectivity, Digitization and Security followed by guest speaker Jeffrey Katzenberg, CEO of DreamWorks over lunch. During this he screened the trailer for Kung Fu Panda 2, which looked great!

In the afternoon there were talks on HP Services, Go To Market and HP Labs followed by a brief break and then back for a Q&A with L?o and the rest of the execs.

I waited the entire day and the first mention of the word Sustainability was by Prith Banarjee, director of HP Labs in the final session where he made a brief reference to it. The funny thing was that that was when Prith became most passionate and enthusiastic!

Earlier in the day, in the talk on digitization, Vyomesh Joshi (aka VJ) did mention that 200bn pages are going digital annually but he then ruined it by talking about one HP printing station which is printing 80m pages a month (that’s a lot of dead trees!) but worse was when he went on to gleefully talk about how many “gallons of ink” that requires. And, in fairness to her, Ann Livermore did mention energy efficiency when discussing servers and data centers but it was a very brief mention, when so much more could have been said. However, the fact that during a full day of senior executive presentations, from one of the largest technology companies in the world, only one exec made any passing reference to sustainability was, to me a huge let down.

HP do have some good sustainability stories to tell – for instance, the fact that over the last five years HP managed to reduce the energy its products need to operate by 50%. Also, there is the previously mentioned HP Energy and Sustainability Management solution and then there is HP’s recycling efforts when it comes to its ink jet cartridges (HP recently announced that it has made more than 1 billion ink cartridges from recycled plastic) – the fact that ink cartridges are themselves totally unsustainable, is a whole other discussion. 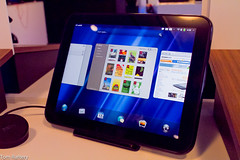 HP are in a funny position. They are ostensibly a printing company and now with the acquisition of Palm, they are set to become a devices company too (Smartphones and Tablets using Web OS). Neither of these businesses is particularly environmentally friendly and yet HP’s founders spoke of [PDF] HP’s commitment to the environment as far back as 1957 in HP’s first statement of corporate objectives, The HP Way.

I’m not sure why HP executives shied away from talking about sustainability at the HP Summit but for anyone attending the event, the lack of any mention of Sustainability was a surprise. Does it demonstrate a lack of commitment from HP executives to Sustainability, or does it signal that HP are abandoning their previous role as good corporate citizens? I don’t think either of those is the reason why but until I start to hear HP’s senior management talking about sustainability, I will have my doubts as to how seriously they now view it.

By the way, the photo at the top of this article was the table of bottled water at the Environment, Energy and Sustainability session on day two of the Summit!