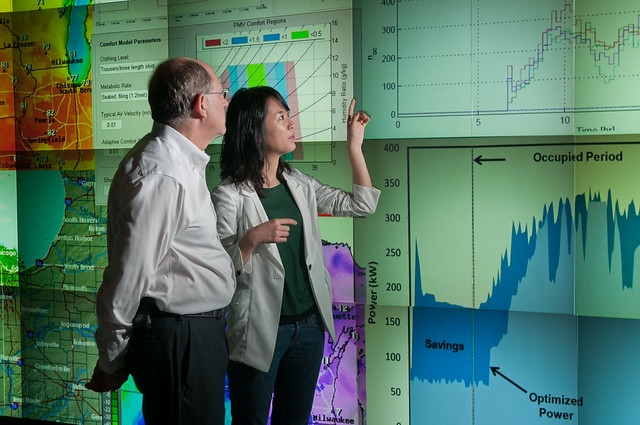 If you checked out the New York Times Snow Fall site (the story of the Avalanche at Tunnel Creek), then Microsoft’s new 88 Acres site will look familiar. If you haven’t seen the Snow Fall site then go check it out, it is a beautiful and sensitive telling of a tragic story. You won’t regret the few minutes you spend viewing it.

Microsoft’s 88 Acres is an obvious homage to that site, except that it tells a good news story, thankfully, and tells it well. It is the story of how Microsoft is turning its 125-building Redmond HQ into a smart corporate campus.

Microsoft’s campus had been built over several decades with little thought given to integrating the building management systems there. When Darrell Smith, Microsoft’s director of facilities and energy joined the company in 2008, he priced a ‘rip and replace’ option to get the disparate systems talking to each other but when it came in at in excess of $60m, he decided they needed to brew their own. And that’s just what they did.

Using Microsoft’s own software they built a system capable of taking in the data from the over 30,000 sensors throughout the campus and detecting and reporting on anomalies. They first piloted the solution on 13 buildings on the campus and as they explain on the 88 Acres site:

In one building garage, exhaust fans had been mistakenly left on for a year (to the tune of $66,000 of wasted energy). Within moments of coming online, the smart buildings solution sniffed out this fault and the problem was corrected.
In another building, the software informed engineers about a pressurization issue in a chilled water system. The problem took less than five minutes to fix, resulting in $12,000 of savings each year.
Those fixes were just the beginning.

The system balances factors like the cost of a fix, the money that will be saved by the fix, and the disruption a fix will have on employees. It then prioritises the issues it finds based on these factors.

The facilities team are now dealing with enormous quantities of data. According to Microsoft, the 125 buildings contain 2,000,000 data points outputting around 500,000,000 data transactions every 24 hours. The charts, graphics and reports it produces leads to about 32,300 work orders being issued per quarter. And 48% of the faults found are corrected within 60 seconds. Microsoft forecasts energy savings of 6-10% per year, with an implementation payback of 18 months.

Because Microsoft’s smart building tool was built using off the shelf Microsoft technologies, it is now being productised and will be offered for sale. It joins a slew of other smarter building solutions currently on the market from the likes of IBM, Echelon, Cisco et al, but given this one is built with basic Microsoft technologies, it will be interesting to see where it comes in terms of pricing.

Price will certainly be one of the big deciding factors in any purchasing decision, any building management tool will need to repay it’s costs within at least 18 months to merit consideration. Functionality too will be one of the primary purchase filters and what is not clear at all, from the Microsoft report, is whether their solution can handle buildings on multiple sites or geographies. If I hear back either way from Microsoft on this, I will update this post.

This is a market that is really starting to take off. Navigant Research (formerly Pike Research) issued a report last year estimating the size of the smart building managed services market alone will grow from $291m in 2012 to $1.1bn by 2020. While IMS Research estimated the Americas market for integrated and intelligent building systems was be worth more than $24 billion in 2012.

One thing is for sure, given that buildings consume around 40% of our energy, any new entrant into the smarter buildings arena is to be welcomed.