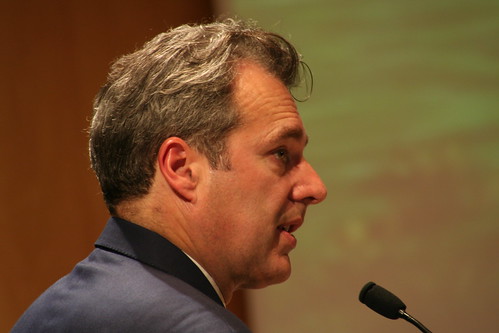 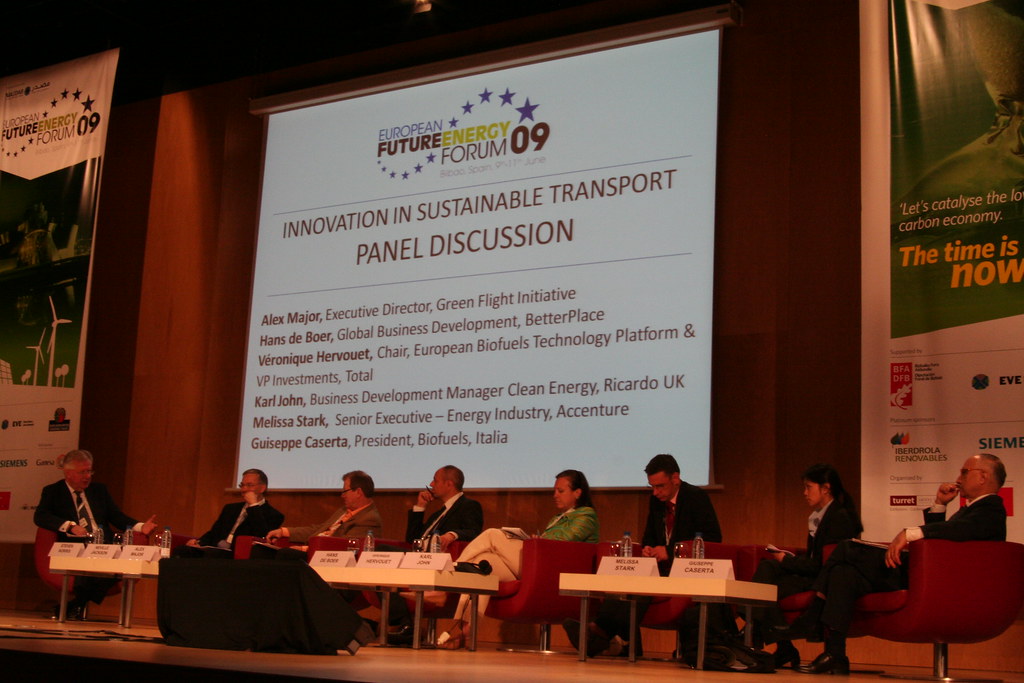 There were two panel discussions on Sustainable Transport at the European Future Energy Forum. The panels were very high powered and included names like Robin Chase, Sandrine Dixson-Declève, and John Leggate.

The discussions were wide ranging touching on topics like how city architecture has evolved and now we design cities for a model of car ownership. This is a basic corollary of Parkinson’s law – the volume of traffic expands to meet the size of the road. In other words, building bigger roads only encourages car ownership.

There was general agreement that electrification of the global car fleet is the way to go with John Leggate mentioning the ancilliary benefits that electric vehicle to grid technologies will bring. Prof Neville Jackson of Ricardo was less optimistic about how quickly we can electrify asserting that battery costs are in the region of £400-£800/kW.hr. However this was contradicted by Hans De Boer of Better Place and Melissa Stark of Accenture who both said £300-£350/kW.hr were more realistic prices for batteries.

Masdar city will be the world’s first carless city using car parks at the periphery of the city and underground electric Personal Rapid Transit throughout the city. While this will make Masdar an enviable city in which to live, it is not a viable solution for existing cities.

ZipCar‘s Robin Chase argued that private car ownership is very inefficient – it is a large sunk cost for a device which is often utilised less than 1 hour per day. Former UK Conservative Party vice-chair Steven Norris concurred citing the fact that a combination of parking (£50 per day) and congestion charges means it is too expensive for him to use his car to go to work! Car sharing, as proposed by Robin Chase (and her company ZipCar in the US) is basically ‘cars as a service’ and, to my mind, going to be one of the more successful transportation models of the future.

There was no disagreement that the cheap price of oil in the past has led to the current unsustainable transportation situation and the ensuing climatic consequences.

Now if we could make the ZipCar model ubiquitous and utilising electric cars, we would solve many problems! 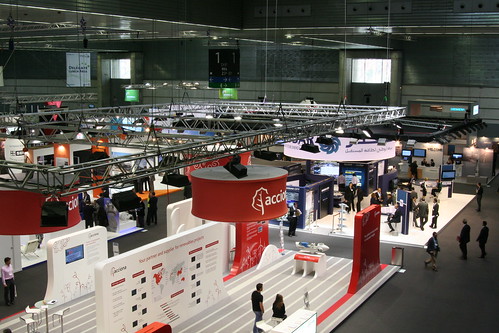