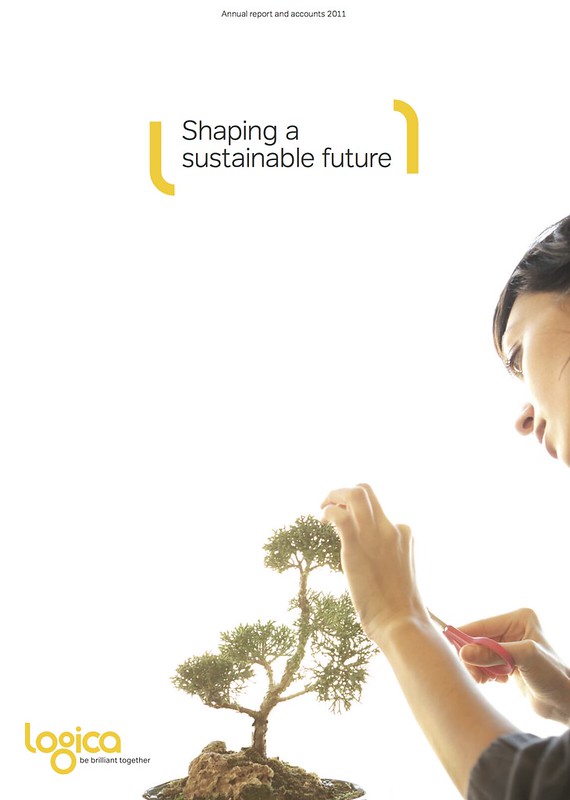 Logica held a Sustainability Analysts day in London recently and they invited me to attend.

The half-day briefing was a mix of Logica staff talking about the company’s Sustainability products and services, as well as a couple of customers (Carbon Disclosure Project and National Centre for Earth Observation) discussing the value they get from their relationship with Logica. While it was nice having a couple of customers presenting at the event, the fact that neither of these customers are commercial enterprises, per se, could lead one to wonder whether Sustainability is lower on the agenda of traditional enterprise.

Having said that, Logica’s Tony Rooke had a slide with a long list of commercial customers for Logica’s sustainability services. Interestingly these were typically infrastructure companies like utilities, Airwave and Network Rail.

The Logica led sessions were around what Logica is calling Smart Utilities, Sustainable Mobility and also Logica’s Engagement Carbon Calculator.

In the Smart Utilities space, Logica’s Rich Hampshire talked about Logica’s three-pronged strategy (security of supply, affordability, and decarbonising energy). Logica have a Smart as a Service offering here for utilities, and Logica have traditionally been very strong in this sector.

In the burgeoning Sustainable Mobility field, Logica’s Theo Quick talked about a 10,000 point electric car charging network that Logica are rolling out in the Netherlands with eLaad.nl. This was rolled out using the Open Charge Point protocol to allow interoperability between charge points. Logica’s EMO is a vehicle emission monitoring product which, according to Logica, saved a postal company 10% of its fuel in the first three months of use. Theo also mentioned a research project called EPTIMS being rolled out in Manchester – this is a Smartphone app to encourage use of public transport by telling people when they have reached their stop, and one called eCoMove which is an FP7 funded project to reduce the number of trucks traveling around empty (transporting air).

And, Logica’s Stuart Williams mentioned their Engagement Carbon Calculator. This is a Logica offering which is in late beta mode right now. What it does is for any project that Logica carries out, it takes the client’s emissions in a business as usual case, subtracts the actual emissions, as well as the emissions of Logica’s project involvement, to give a savings result for the project.

It was heartening at this event to see Logica’s commitment sustainability, in a time when for most companies sustainability is a fancy word for cutting energy bills.

In the days following this event, Logica announced it had agreed to be purchased by Canadian company CGI. Hopefully with the change of ownership, there won’t come any diminution in Logica’s sustainability focus.

Disclosure – Logica paid for my travel and accommodation to attend this event.