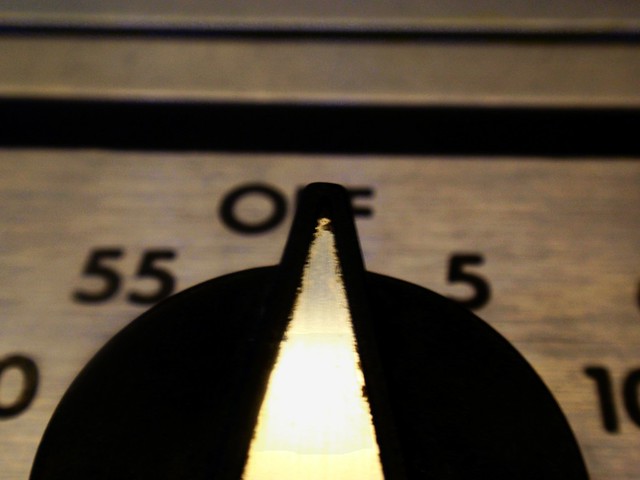 Electric utility companies have to supply electricity to a user base whose demand is variable but reasonably predictable. On particularly hot or cold days, demand will increase as people turn on air conditioning or central heating units. This causes a peak in demand which may only occur for a few hours per year but still has to be met by these utilities.

How do utilities deal with these peaks in demand? There are two ways generally. The first is to build peaking plants. These are generation facilities built specifically to handle peaks in power demand. This is the traditional way of handling surges in electricity consumption but it is expensive to build a power plant, especially one that will only potentially be used a couple of days a year.

The other way is to try to manage the demand for electricity so it doesn’t reach as high a peak – known as peak shaving, or more typically, demand response.

One company which supplies demand response solutions to utilities is Comverge. I spoke to Comverge’s VP of Marketing, Jason Cigarran recently, about their newest demand response product, SmartPrice.

Comverge have been working on demand response solutions with utilities for a number of years now and they have just published case studies with two of their customers Tampa Electric [PDF] and Gulf Power [PDF].

What is interesting about these case studies is that the utilities customers report increased satisfaction with their utilities, as well as lower power bills. And the utilities get more predictable demand response, as well as happier customers. Classic win-win.

How does it work so well? Well the Comverge demand response offering is an automated system. Utility customers access it through a web portal and set how their devices should respond to demand response events. Typically they might set their pool pump to turn off, or their aircon to increase its temperature a degree or two.

Demand response is a solution I have mentioned many times on this blog, and it was always my contention that an automated system, where devices listen to pricing signals from utilities, and respond accordingly, was the only way demand response would work well. It is great to see Comverge making that a reality.