I talked to Rich Lechner, IBM’s VP of Energy and Environment, the other day about the global problem of getting transportation right. According to Rich, in the US alone, congested roadways cost about $78bn per year so this is very much an economic as well as a sustainability-related issue!

We had a wide-ranging conversation about all kinds of solutions, including using demand response to manage traffic flows! 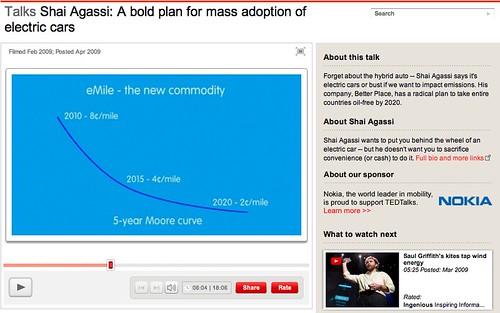 I have been a fan of Better Place and their unique model around electric vehicles since I watched Shai Agassi’s presentation at the DLD conference in January 2008.

If you are unfamiliar with the Better Place model, they looked at the idea of electric vehicles and people’s ‘range anxiety’ and asked how best to solve it. Their plan, put charging stations anywhere people park and build cars (or have a partner build cars) with readily swappable batteries, so if you are traveling beyond the range of the battery in your car, you drop into a swap station when your battery starts to be depleted, swap batteries and drive on. Simple!

Being a fan of the Better Place model I watched Shai’s talk at the TED conference earlier this year with great interest and he didn’t disappoint. A very inspirational talk. Until you start to do the maths!

Shai mentioned a price of 8c per mile (in the US) for driving a Better Place car. Frankly this sounds expensive to me.

I filled the tank in my car yesterday and took a note of the price. It was €0.948 per litre. Now my maths are not the best so bear with me while I work through this (and please do point out any errors in the comments – I want to be proven wrong on this!).

If my current miles are costing me US$0.10 per mile and Shai is offering miles at US$0.08 it is not a hugely compelling case he’s making!

Now in fairness to Shai, I drive a 2008 Prius and the 5.1L/100km is roughly equal to 46mpg (using US gallons) which is about as good as you are going to get (esp as that figure is an average of urban and long-distance driving, not the maximum achieved on long-distance).

How much do you spend per mile and is US$0.08 attractive to you? 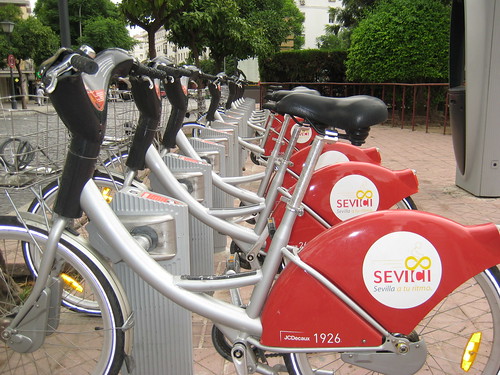