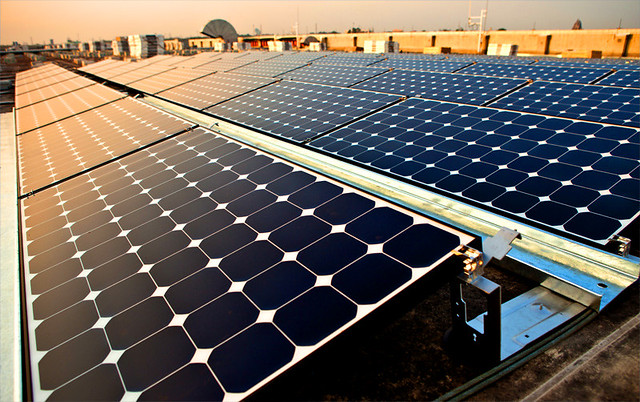 When we think of smart grids, Intel is not the first name we think of.

This is a perception that Intel is anxious to change. The multinational chip manufacturer, which has seen its revenues drop in recent years, is looking for new markets for its products. The smart grid space with increasing billions being spent annually begins to look very attractive. And Intel’s place in it? Intel is positioning itself very much at the smart in the smart grid. The distributed compute and intelligence needed to power the smart grid.

One of the most important functions of an electricity grid is to precisely balance electricity supply from its various generators, to the demand from consumers. This is an increasingly complex task in a world where consumers are more and more becoming prosumers (producers and consumers). Utilities need transparency to forecast how much energy will be consumed, and where to help stabilise the energy flows, and the price of energy on the grid.

To achieve this transparency, particularly towards the edges of the network, chips like Intel’s Quark SoC will be important.

Intel isn’t relying on its silicon chops alone though. Speaking recently to Intel’s Hannes Schwaderer (Director of Energy and Industrial Applications for EMEA), Hannes was keen to point out the other strengths Intel brings to the table. Smart grids generate big data, and lots of it. Intel’s investments in Cloudera, and Mashery give Intel a big footprint in the big data and analytics spaces, according to Hannes.

And then there’s the old security chestnut. Apart from your health, no data is as personal, and so in need of privacy, as your energy information. Intel’s purchase of computer security company McAfee allows it to offer quite a unique combination of hardware (the chips), analytics, and security to its potential customers.

And while end consumers were never Intel’s customers in the PC world, similarly in the smart grid space utilities are not the end customer for Intels smart grid solutions. Rather expect to see Intel selling to the Schneider Electronics, the GE’s, the Siemens of this world.