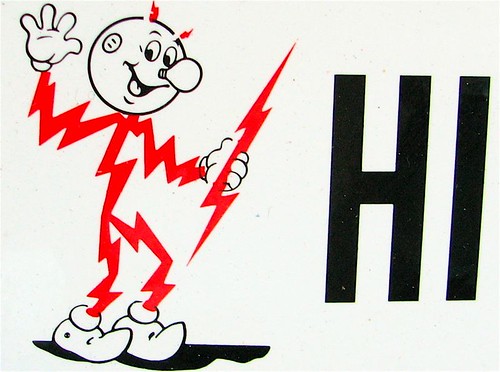 Greenmonk spends most of its time researching smart grid approaches and deployments.? I hired Tom Raftery largely because of his visionary take on the future of energy networks – Electricity 2.0. So you can imagine how happy I am that smart grid stimulus funds are being aggressively spent… on antivirus and encryption software. Yay – that’s just the market we want to track.

The “security industry” just loves to sell FUD. Its what they do. But the almost ghoulish lip-smacking around smart grids as the next great revenue opportunity is really off-putting. Is security important in a distributed energy network? Of course- but really its a small part of the puzzle, not the prize itself. With all this in mind I really enjoyed a post from EMC’s RSA stable this week. A guy called Sam Curry explains that customers are getting wise to the FUD, or are at least bored of it.

Sam: so?how’s your SmartMeter deployment going?
Security Director (SD): great! we’re rolling out about 1,000 a month
Sam: so, which ones are you using?
SD: COMPANY X
Sam: great, great, I heard they’re implementing encryption into their products
SD: yeah, I heard about that; but it’s not in the meters yet
Sam: ah — so what are you using for encryption?
SD: nothing
Sam: <gasp>
SD: uh, oh — here comes the FUD

And then it hit me?most of the time security people come in and try to scare customers and partners. What’s the point in that? Well?it’s a confidence scam. You scare people with FUD and then you comfort them with your brand

Sam seems like a good guy, a smart guy, and he understands that the real goal, the carrot as he calls it, is the hope of “better, greener power generation”. The real train wreck though will be our economies if we can’t fix some pressing energy concerns. The RSA post is excellent, and of course utilities need to rethink their entire risk profile and processes, just as IT does in the age of the internet. I am going to ping Sam and talk to RSA’s real smart grid offerings, so expect an update in the near future.

I want to start getting under the skin of smart grid deployments, and make sure we’re not substituting real smart grid innovation with unrelated product and service purchasing. After all- those stimulus funds… that’s our money. So we should be scrutinising the spend. There has to be more to smartgrids than AV.