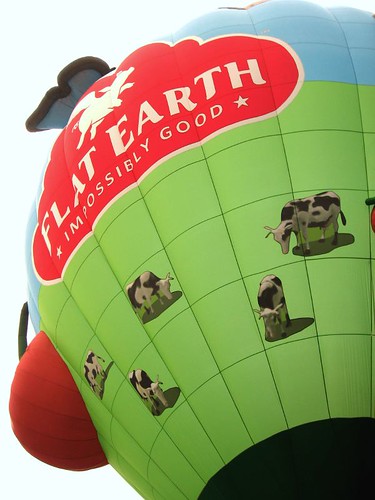 We recently lauded the NY Times’ Thomas Friedman for arguing that oil is like an addiction and needs a minimum price floor to ensure current investments in greentech are sustainable. But there is a problem with Friedman (or perhaps with us)- his rhetoric is so effective that often you’re blinded to inconsistencies in his positions.

My issue, basically is that Mr Friedman can’t maintain his position that globalisation is an end-game, underpinned by cheap transport, in the face of current oil price realities. I have been known to say that the problem with The World is Flat is the same as the problem with The End Of History. Both works were in some sense absolutely correct, but were out of-date as soon as they were written. Spiking oil prices are putting paid to the World is Flat (when gas is expensive transportation and logistics get surprisingly bumpy) just as 9/11 pumped up, then smashed the End of History’s Neoconsensus.

In a sense these works are the opposite of Science Fiction; they are history books. Rather than find aspects of the future in the present, and extrapolate them with imagination to create a vision of the future (its just not evenly distributed), Friedman and Fukayama are masters of describing a point in time, and how we got there. Indeed with titles like The World is Flat and The End is History we would be surprised if either writer were really inspired to work out what happens next. For that we need visionaries like Al Gore.

I’d love to hear more from Friedman about the implications of his newly found love of higher oil prices.